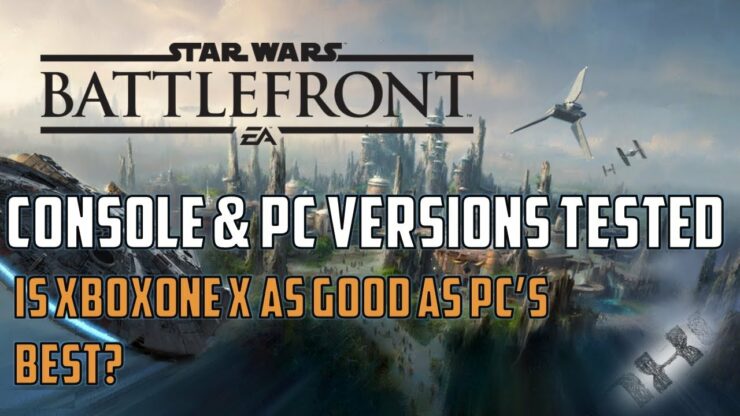 NXGamer has performed a SW Battlefront II analysis on consoles and PC, including the PS4 Pro and Xbox One X.

The analysis is based on the game’s retail version which is slated for a release later this week. Courtesy of NXGamer, you can watch it down below:

According to NXGamer, Microsoft’s new console is pulling 100% more resolution and more pixels compared to Sony’s PS4 Pro, and outperforms an NVIDIA GeForce GTX970 OC Edition. On the Xbox One X, the game appears to run the game in  PC Ultra settings at 4K resolution most of the time, while the PS4 Pro version is basically running at 1080p.

An impressive accomplishment from Microsoft’s new Xbox One console.

Star Wars Battlefront II is scheduled for a release on November 17 on Xbox One (and One X), PS4 (with PS4 Pro support), and PC.

Sony Launches Horizon Zero Dawn: The Frozen Wilds DLC Alongside The Xbox One X on November 7