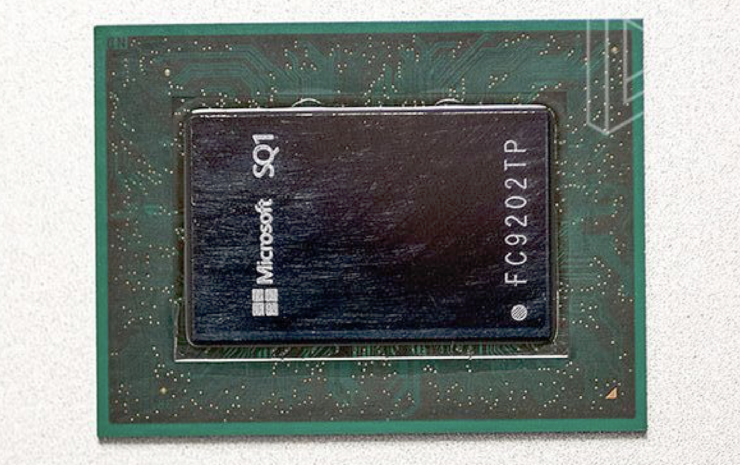 At its Surface event today, Microsoft announced two custom chips. The first of these is for the Surface Laptop 3, and is based on AMD's Ryzen 3700U. The second, powering the Surface Pro X, is dubbed as 'SQ1' and is based on Qualcomm's Snapdragon 8cx (Compute eXtreme) SoC launched last year. Now, we've got some additional details for the SQ1. Take a look below for them.

The Snapdragon 8cx is Qualcomm's first chip designed specifically for Windows Always Connected PCs. This SoC features eight Kryo 495 cores, divided into two clusters of four cores each for high-performance and power efficiency. The cores' frequency isn't known, but Samsung's Galaxy Book S that's powered by the 8cx has a 2.84 GHz base frequency.

Microsoft's statements to The Verge suggest that the company has moved beyond this number. According to the details, the SQ1's Kryo CPU is clocked at 3GHz, which isn't surprising as Qualcomm had originally intended the 8cx's TDP to be set by OEMs instead of having a default value. 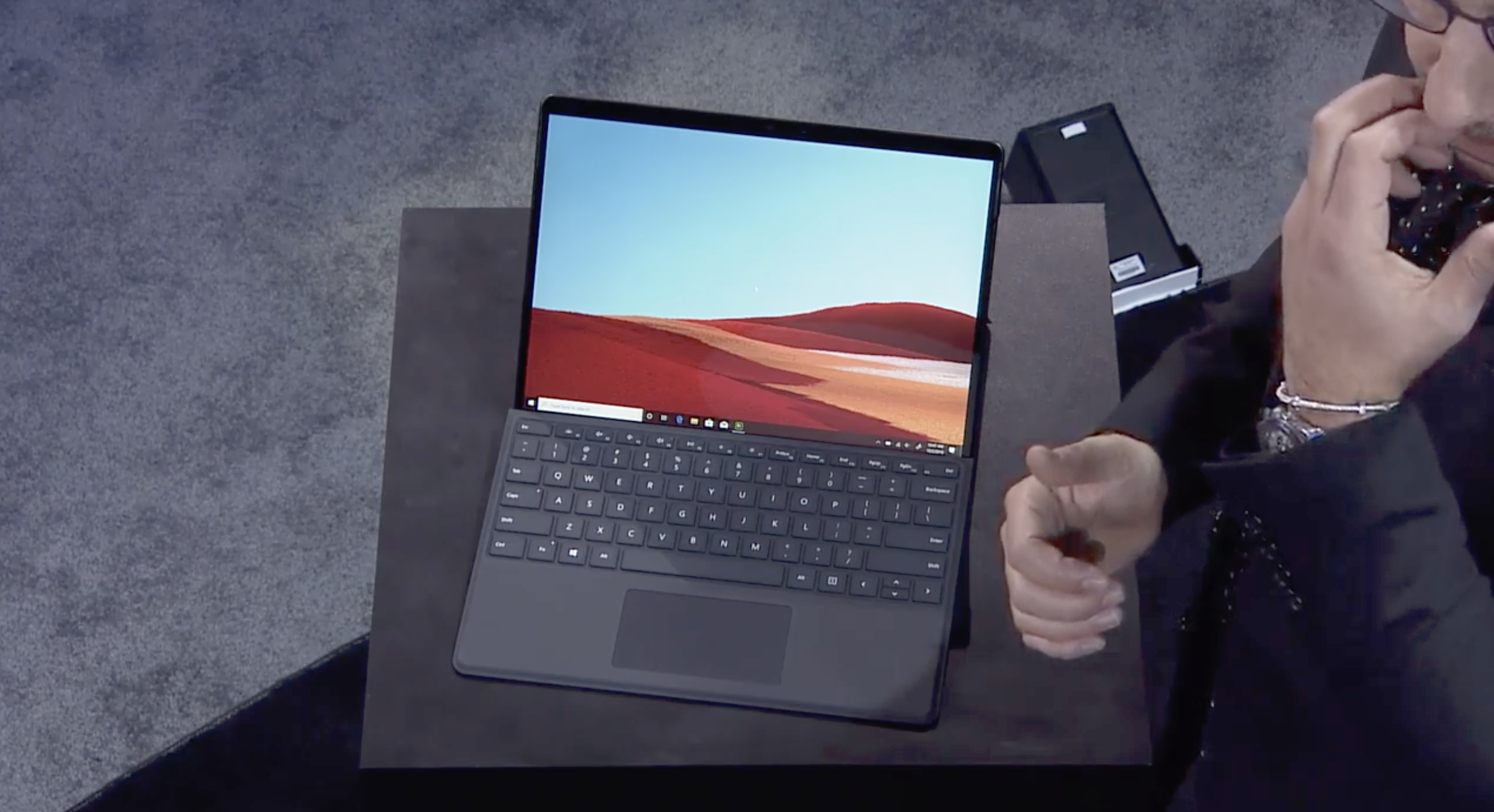 The SQ1 also features eight cores, and like the 8cx, it's fabricated on the 7nm performance node. Moving towards the GPU, Microsoft seems to have worked extensively with Qualcomm at this end too. The SQ1's GPU has a 2.1 teraflop output, which is quite impressive. However, like the Surface Laptop 3, this too will be utilized towards content creation instead of gaming. The Snapdragon 8cx's Adreno GPU, on the other hand, has a 1.8 teraflop output, so do expect the SQ1 to be more power hungry than Qualcomm's chip.

Talking about the 8cx, the SoC also supports octa-channel LPDDR4X memory so this spec will also make it on the SQ1. Microsoft's platform has a base 7W TDP which can be scaled up to 15 Watts depending on need. Microsoft's Surface Pro X looks to breathe new life into the Windows-on-ARM platform, but whether the device lives up to its initial hype, only time can tell.

Until then stay tuned and let us know what you think in the comments section below. We'll keep you updated on the latest.