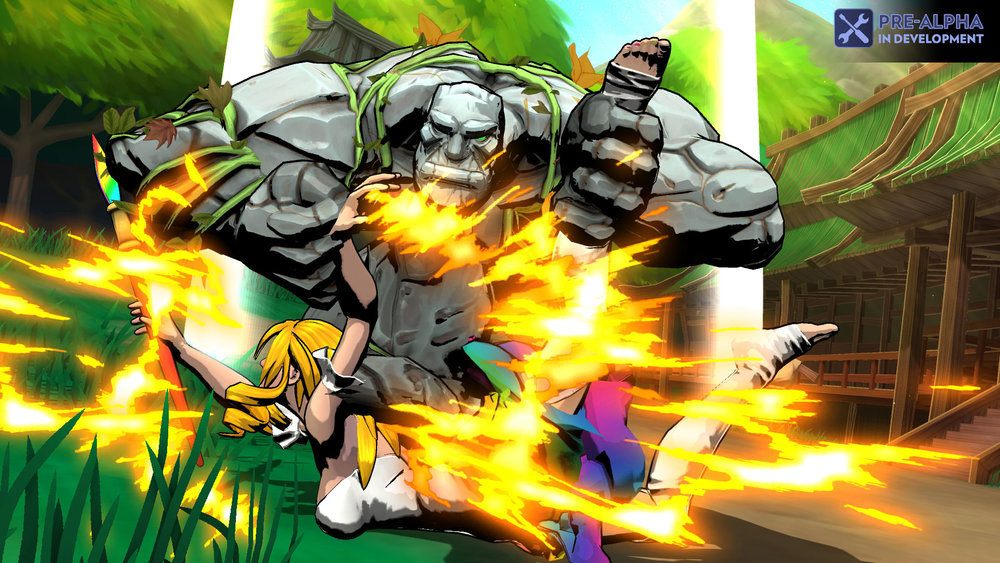 Street Fighter II Turbo HD Remix lead developer David Sirlin and his team Sirlin Games have been working on Fantasy Strike for some time now, trying to create a 2D fighting game that can be accessible without sacrificing the typical depth of the genre. To release the game on Steam and PlayStation 4, the team is now seeking the help of gamers all over the world.

The Fantasy Strike Fig campaign has recently been launched, with the team seeking up to $2 million in investment. The game will release in late 2018, but Deluxe backers will be getting a playable version of the game next month, months before it becomes available on Steam Early Access.

On the Fig campaign page, the team explains how they're going to make the game accessible for newcomers.

We hope to bring together players from all fighting games. Street Fighter, Guilty Gear, Killer Instinct, Smash Bros, and so on are difficult games to play, so if you play one of those and your friend plays another, it's hard to get together to have a good match. Everyone can reach at least a basic level of competence in Fantasy Strike so quickly that it can bridge the gap to your fighting game friends. Or get newcomers into the genre.

Why it’s Easy to Get Into

All moves are done with a button press; no complex joystick motions.
Works great on any input device: keyboard, controller, joystick, and more.
Combos are intentionally very easy to do. They are just a tool.
Enormous 8-frame input buffer so your moves always come out and combos are easier.
Your lifebar has discrete chunks so that even the display of hit points is easy to understand.

No need to spend weeks in training mode; just play and learn the matchups.
Only takes a few minutes before you’re “playing for real.”
Unique throw counter: simply let go of all controls and you automatically reverse throws!
Zoning, poking, rushdown, mindgames, frame traps, and the rest of the core elements of strategic fighting games.

Fantasy Strike launches in late 2018 on PC and PlayStation 4.