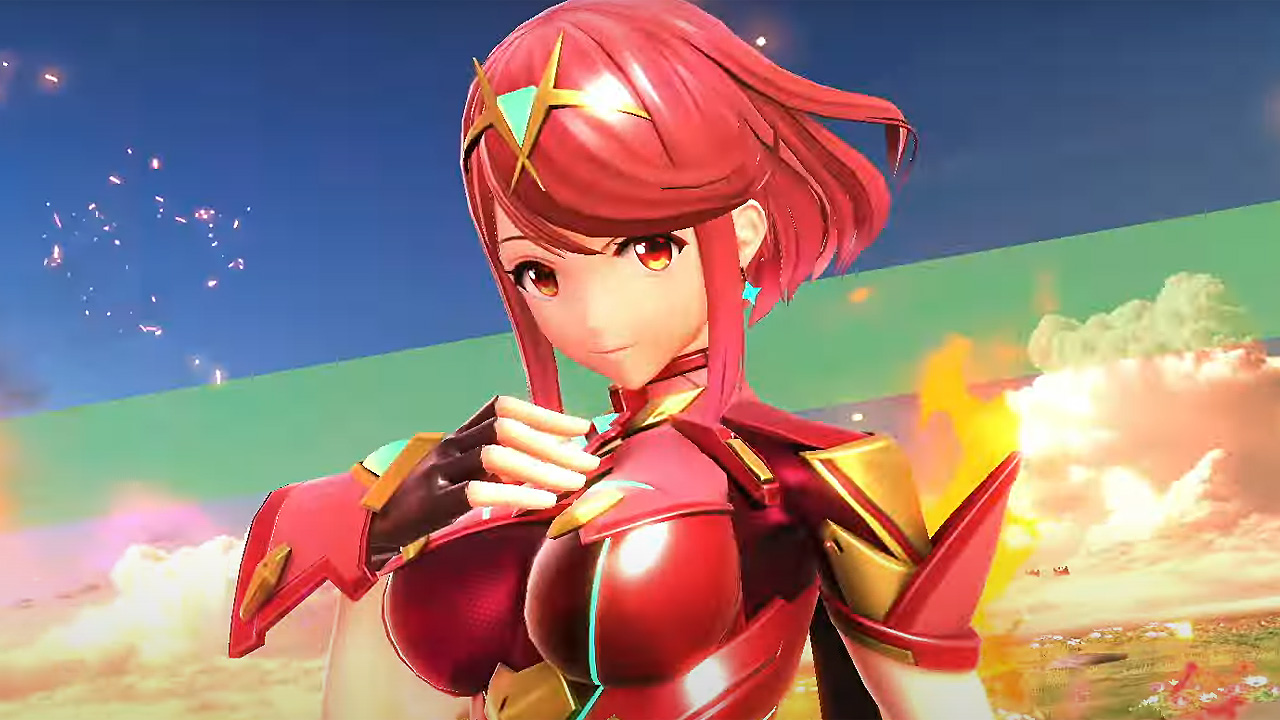 Series creator Masahiro Sakurai hinted something was coming, and just a few short minutes ago during the latest Nintendo Direct the next Super Smash Bros. Ultimate fighter was officially announced...and this one was a bit of a surprise! The new addition is the dual character Pyra/Mythra from the Switch-exclusive RPG, Xenoblade Chronicles 2. You can check out the first trailer of Pyra/Mythra in action, below!

A full breakdown of Pyra/Mythra's abilities courtesy of Masahiro Sakurai will come "at a later date," but it's pretty obvious she'll be a Zelda/Sheik-style two-in-one fighter. As in Xenoblade Chronicles 2, Pyra fights with flames, while Mythra deals out electric damage and can use "Foresight" to counter opponents' attacks. The trailer mentions Pyra's "serious firepower" and Mythra's "blinding speed," so it sounds like the strategy will be to frustrate opponents with Mythra, then send 'em flying with Pyra. Based on what we know so far, seems like Pyra/Mythra will be a solid, if someone traditional, roster member following a few rather quirky additions. In addition to Pyra and Mythra, it looks like a number of other Xenoblade Chronicles 2 characters, including Rex and Nia, will likely be added to Smash as support trophies.

Super Smash Bros. Ultimate is available now on Nintendo Switch, and Pyra/Mythra will be available to owners of the $30 Fighters Pass 2 sometime in March. What do you think of Pyra and Mythra? Digging the new fighters or were you hoping for somebody else?