Sunset Overdrive comes from the long loved developers of the Ratchet and Clank Series and for the studio to make something of the likes of Sunset Overdrive when stepping out of the world of Ratchet And Clank really caught us by surprise. For now, see the new bag of tricks they have for us in the latest video just shown at E3. 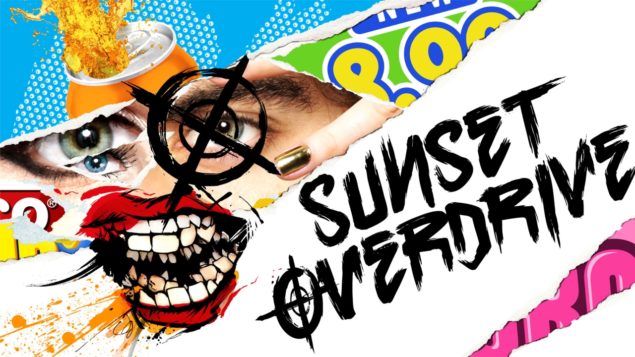 Sunset Overdrive is without a doubt one of the most unique and colorful IP's to have graced the Xbox one, it is a game that makes Infamous meet the craziness level of Dead Rising in the world of killing the paranormal. If you have yet to see any media relating to this game then you really have missed quite a lot and you should get off your couch and pre-order this game immediately, it is a game WORTH getting and with 8 player coop confirmed the insanity can only go eight fold, so what are you waiting for? Look at these new screens of Sunset Overdrive!

We apologize for the quality of the shots, for now bear with us on these and we will update when direct feed shots or a video is available. 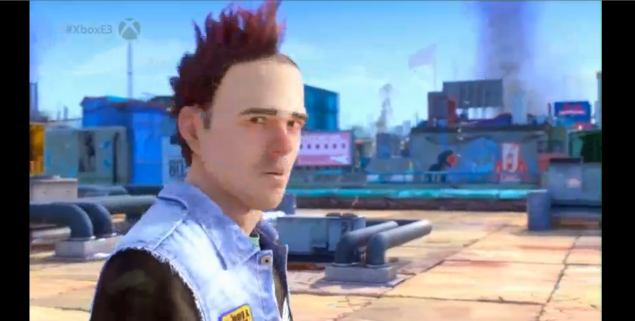 As you see, the game looks CRAZY. If you are a fan of open world sand box games and have yet to play this game then you should be wearing a cone of shame right now, currently the game is salted for release later this year on the Xbox One and some of the prominent features of the game include the features from previous sand box games such combining two weapons together, super powers and MUCH more, so if you needed a reason to be hyped for this game you just got a whole lot of them, the trailers and screens should sell you on the game better.

For now, get excited for the game and watch out for more media, we will update this post once videos become available but the screenshots alone should do the game sufficient justice.The game is coming on October 28th for the Xbox One