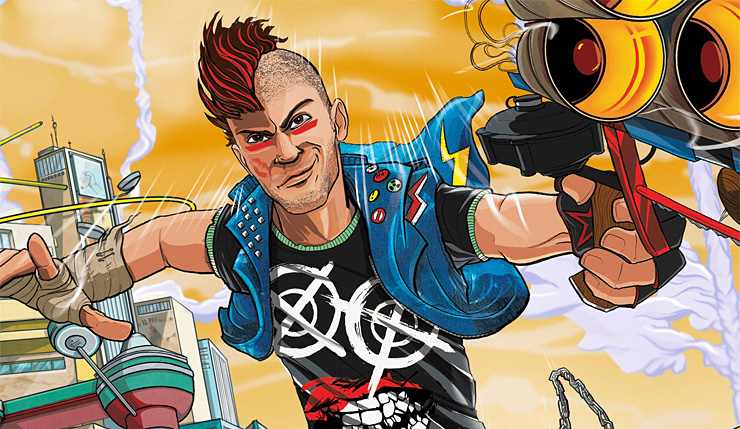 For the majority of its existence Insomniac Games has been a loyal PlayStation supporter, creating games like Spyro the Dragon, Ratchet & Clank, Resistance, and Marvel’s Spider-Man exclusively for Sony consoles. That said, Insomniac did stray from their sugar daddy once, creating the fan-favorite adventure Sunset Overdrive exclusively for Microsoft.

Of course, Insomniac Games was recently outright purchased by Sony, which begs the question – what becomes of Sunset Overdrive? Could Sony and Insomniac revive the series on PlayStation consoles, or does Microsoft own a stake in the series? Japanese publication Inside Games asked Sony Interactive Entertainment boss Shuhei Yoshida about the status of Sunset Overdrive, and he confirmed Sony now owns the property, although don’t count on a new game anytime too soon (apologies for the somewhat-rough Google translation).

SIE holds the rights to past Insomniac works. Is there a voice that wants [us] to put out this work on PlayStation? [...] Insomniac is a great developer, so I can only say that I am looking forward to future titles.

Sunset Overdrive’s rude, tude-filled presentation already feels rather dated, but the game was a lot of fun to play, so hopefully Insomniac can revisit the series someday. With a bit of a makeover, I think Sunset Overdrive could be a solid addition to the PlayStation pantheon.

For now, not much is known about what Insomniac is working on next. Stormland, a promising-looking mech battling Oculus VR game announced before Sony acquired the studio is all we know about. That said, given the success of Spider-Man, which has sold over 13 million copies to date, it seems very likely Insomniac will be sticking to the web slinging for some time to come.

Would you like to see a new Sunset Overwatch game? If you were in charge, what would you have Insomniac work on next?