Street Fighter V, the latest entry of the series developed by Capcom, is one of the games launching this year that will only be released on a single console as well as on PC. Being a rather big title, it seems like Sony is going to take advantage of the situation to introduce a new type of branding.

The latest Street Fighter V cover image that's now found on the Best Buy website shows that the Capcom game will be the first game to be branded as a PlayStation 4 Console Exclusive Game. This kind of branding is nothing new, that's for sure, but it seems like Sony is getting ready to push its console exclusives as much as possible. 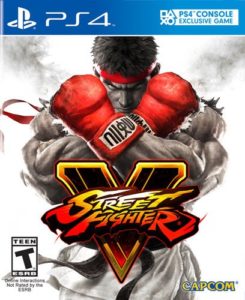 Following the release of Street Fighter V on PlayStation 4 and PC, six DLC characters will be released during the course of the year. Not much is currently known about Alex, Guile, Balrog, Ibuki, Juri and Urien, but it seems like players shouldn't expect all of them to play like in previous games. Street Fighter V Producer Yoshinori Ono confirmed in an interview that the team is still working on the details, but players should expect surprises, like Alex coming with a completely different appearance and play style.

“As for characters, we’re still working on the details of each individual character but, yeah, it’s absolutely possible that even experienced players will see some surprises, like Vega going from a charge to a command character. Like, for Alex, you might find that he plays completely different, or we might do something really crazy and shave his head. (Laughs) Just wait until the information about these characters leaks in the near future.”

Street Fighter V will be released next month on PlayStation 4 and PC in all regions. We will let you know more about Capcom's upcoming game as soon as possible so stay tuned for all the latest updates.