Street Fighter V is now very close to release, and Capcom is hard at work to balance the game and make sure everything works fine in time for release. Following the game's launch on PlayStation 4 and PC, the Japanese company will continue working on the game's first DLC characters that will be released during the course of the year. Not much is known about Alex, Guile, Balrog, Ibuki, Juri and Urien but something new on how the team is approaching development of these characters has emerged online recently. 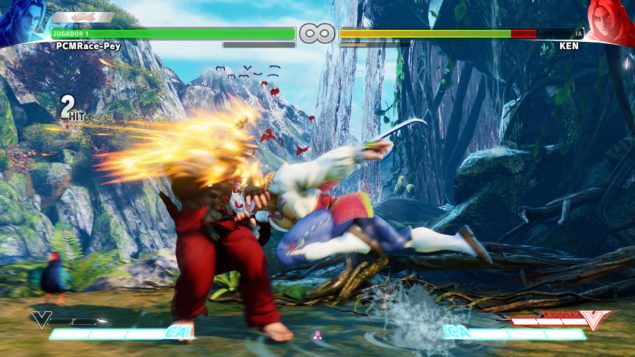 In a recent interview with Vice, Street Fighter V producer Yoshinori Ono has talked about how the team is still working on details of each individual character and has teased about surprises for experienced players. Mr. Ono mentions the big Vega changes introduced in Street Fighter V, with character going from being a charge character to a command one, adding that DLC character Alex might play completely different from Street Fighter III.

"As for characters, we're still working on the details of each individual character but, yeah, it's absolutely possible that even experienced players will see some surprises, like Vega going from a charge to a command character. Like, for Alex, you might find that he plays completely different, or we might do something really crazy and shave his head. (Laughs) Just wait until the information about these characters leaks in the near future."

Last week Street Fighter V producer Koichi Sugiyama has shared more on the game's first DLC characters. Mr. Sugiyama stated that there is not much to say about these characters as of now since they are still in conceptual stages. No decision has been made regarding their release as well, but the Japanese publisher is currently thinking about releasing them one at the time every couple months.

Street Fighter V will be released next month on PlayStation 4 and PC.