Street Fighter V, the latest entry of the series launching next month on PlayStation 4 and PC, is going to receive a special e-Capcom Limited Edition in Japan, including a variety of extra goodies and an instructional DVD which will allow newcomers to the series to learn more about the game's mechanics. Footage from this special DVD has surfaced online a few hours ago. 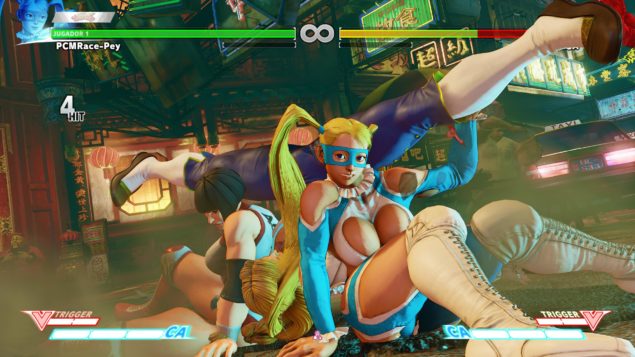 The new Street Fighter V gameplay footage is an interesting watch even for those who can't speak Japanese, as it showcases some of the new fighters like F.A.N.G. and Laura, some of the series mainstays like Ryu and Chun-Li and R.Mika, who's making a glorious comeback in Street Fighter V since Street Fighter Alpha 3. You can check out the new footage right below.

Street Fighter V is one of the titles launching this year that will be released only on PlayStation 4 and PC. According to a leaked image which has surfaced on the Best Buy website, the Capcom fighting game will be the first PlayStation 4 Console exclusive title to sport a new type of branding on its cover art.

In the months following the game's release, Capcom will launch 6 DLC characters. Not much is currently known about Alex, Guile, Balrog, Ibuki, Juri and Urien, as they are still in development, but there's the chance that some of them might be completely different than in previous games, as teased by Street Fighter V producer Yoshinori Ono in a recent interview.

“As for characters, we’re still working on the details of each individual character but, yeah, it’s absolutely possible that even experienced players will see some surprises, like Vega going from a charge to a command character. Like, for Alex, you might find that he plays completely different, or we might do something really crazy and shave his head. (Laughs) Just wait until the information about these characters leaks in the near future.”

Street Fighter V will launch next month on PlayStation 4 and PC.