Late last month, Capcom has finally released the first DLC character for Street Fighter V, Alex from the Street Fighter III games. The powerful blonde fighter isn't the only additional character releasing this year, as confirmed a while back, but we still don't know in which order the confirmed DLC characters will be made available. A few hours ago, however, it's been hinted that the next character to release for the game might be one of the more popular Street Fighter series classic characters. 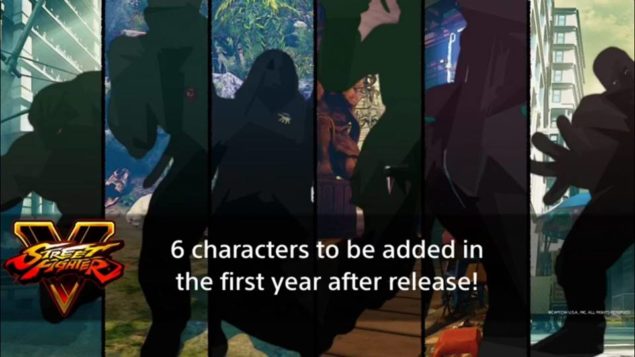 During this week's Winner Stays On session in London, Capcom UK Fighting Games Community Manager Matt Edwards has revealed that the next Street Fighter V DLC character should be Guile, who appeared in Street Fighter II and other later entries of the series. Unfortunately, Mr. Edwards doesn't know the exact release date, so we don't know how long we will have to wait before being able to use the character in the latest entry of the Street Fighter series.

If Guile is eventually confirmed as the second Street Fighter V DLC character, it may very well mean that Capcom is going to release DLC characters in the same order seen in a Season Pass promotional image that has been shared a while back, with Balrog, Ibuki, Juri and Urien releasing in this order in the next few months.

Street Fighter V has been updated recently with new content, including the Challenge mode, which also includes trials for all available characters, and the game's shop, which allows players to obtain additional content by spending Fight Money. As the Zenny shop has yet to be launched, Alex is now available for free for all players. Once the Zenny shop launches, DLC characters will have to be purchased with Fight Money or Zenny.

Street Fighter V is now available in all regions on PC and PlayStation 4. We will keep you updated on the next DLC character as soon as more comes in on the matter, so stay tuned for all the latest news.