[Update] A video showcasing what will be available for purchase in the game's shop has surfaced online. You can check it out below

[Original Story] A new update has been released a few hours ago for Street Fighter V, the latest entry of the series launched last month on PlayStation 4 and PC in all regions, and in a few hours players will be able to try out the first DLC character coming to the game this year, Alex from the Street Fighter III games. Even though the character is not yet available, some players have been able to already use him, and plenty of footage has surfaced online. 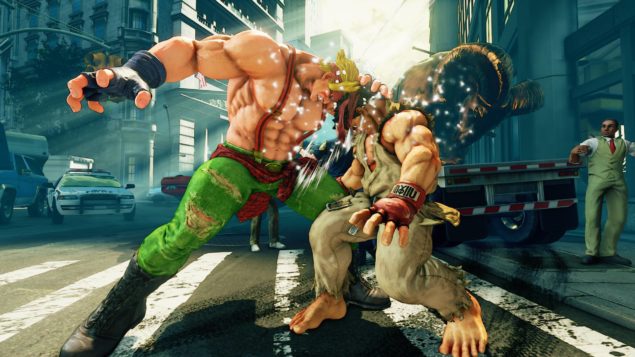 A new Street Fighter V Alex gameplay video has surfaced online, showing what the character is capable of doing. As expected, Alex is going to be a force to be reckoned with, as his attacks and combos can deal quite a bit of damage in just a few hits. You can check out Alex in action yourself by checking out the video below.

Last week, Capcom revealed that the Zenny shop, which was supposed to launch alongside the March update, is now going to be launched on a yet to be confirmed release date. For this reason, all DLC characters released before the launch of the Zenny shop will be available for free as a sort of trial period. Once the Zenny shop launches, the characters will have to be bought with either Fight Money or Zenny.

Street Fighter V is now available on PC and PlayStation 4. Alex will become available from March 30th at 10AM PT.