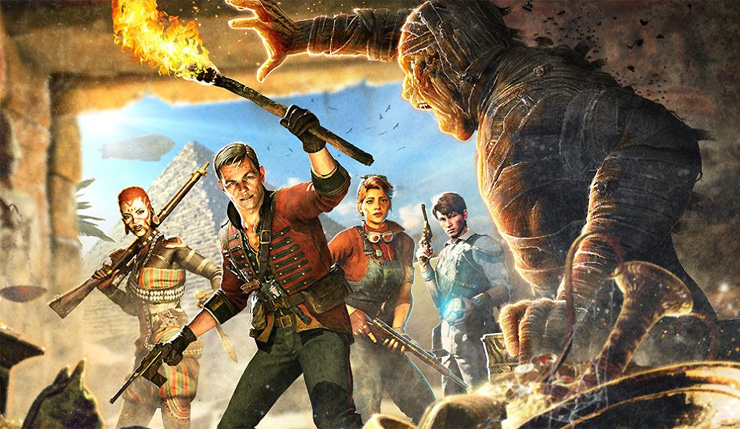 Strange Brigade, the upcoming pulp-fiction-flavored co-op actioner, doesn’t come out for another month, but developer Rebellion Developments (Sniper Elite) is already talking post-launch content. The Strange Brigade Season Pass will include a three-part campaign, four new characters, additional weapons and magic powers, and more! Rebellion are also promising some form of free updates, although they haven’t detailed what those will include. Check out the Strange Brigade Season Pass trailer, below.

The stupendous Strange Brigade Season Pass will introduce lashings of brand new excitement, all at a great-value price! It includes:

For those who haven’t been keeping up, here’s what Strange Brigade is all about:

Strange Brigade is a rip-roaring third-person 1930s adventure for one to four players, full of peril, intrigue, and good old derring-do. As a fully-fledged member of the team, you’ll investigate remote corners of the British Empire where few dare go and fewer return. And there in the unfamiliar you will encounter fantastic and forgotten civilizations, and maybe even unearth hidden treasures.

But should you somehow survive the mind-bending puzzles and dastardly traps of this ancient world, doom still awaits you in the shadows — a truly petrifying army of mythological menaces stands in your way, unleashed by an Egyptian witch queen so nefarious they wiped her from the hieroglyphs. As one of four debonair explorers, you have your own strengths and, by Jove, superhuman powers to boot. Fight to protect King and country against such impossible forces of evil!

Strange Brigade boldly ventures onto PC, Xbox One, and PS4 on August 28. No word yet on what the Season Pass will cost, but the Strange Brigade Deluxe Edition, which includes the pass, will set you back $80 (the standard version of the game costs $50, so you can do the math).