When British game developer Rebellion unveiled Sniper Elite 5 at The Game Awards 2021, it had been over four and half years since the release of the previous installment, which is the longest fans had to wait since the Sniper Elite V2 remake. The new game is now close to its launch date, though, and we recently went hands-on with a preview build played through Parsec.

Sniper Elite 5 is set in 1944 France, with the events taking place right around D-Day (itself placed in the middle of the main plot). The franchise's main protagonist Karl Fairburne returns once more as part of a US Ranger Unit tasked with taking down searchlight posts and gathering information from some contacts within the French Resistance movement. The intel uncovered reveals a larger Nazi plan is afoot, though. Known only as Project Kraken, the plan involves a surprise attack on US soil that could change the outcome of D-Day and indeed, World War II as a whole.

During the presentation, the developers revealed to have visited Northern France regions and cities like Normandy and Calais to ensure that Sniper Elite 5 would deliver an authentic experience.

With regards to the gameplay, Rebellion claimed its goal to allow players to tackle every patrol or encounter in a number of different ways. Sniper Elite 5 reportedly offers more sneaky routes that can be accessed to bypass certain enemy fortifications. 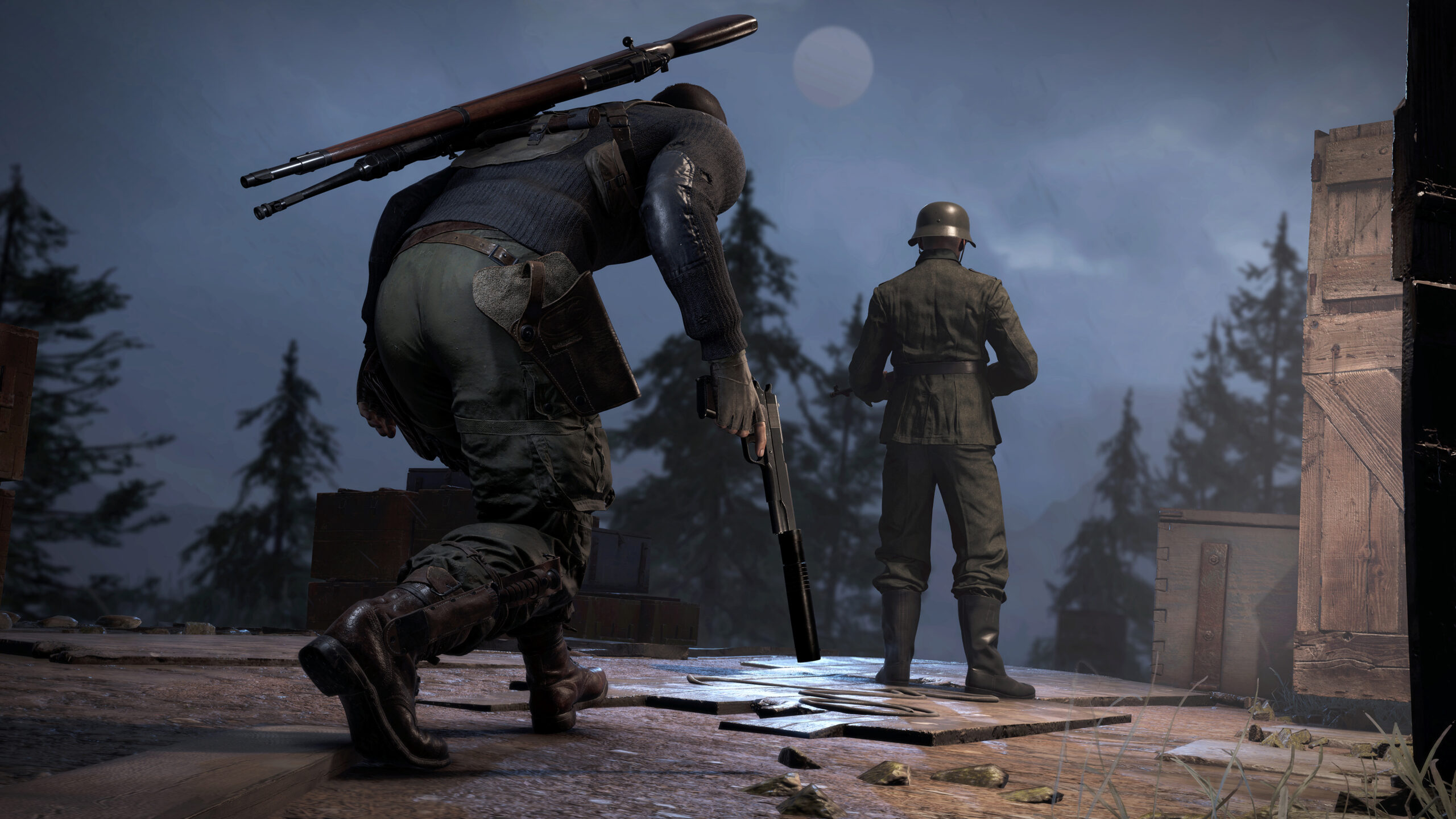 There will be a lot more weapon customization options such as sights, magazines, receivers, muzzles, and barrels. They'll be available through in-game workbenches, usually found in armories or resistance caches, allowing players to change their playstyle as needed during the missions.

Other additions in Sniper Elite 5 include the ability to switch to first-person view when aiming down sights (to get more accurate shots, in theory) and increased focus on non-lethal options. Indeed, during our playthrough of mission 2, we noticed that we would be rewarded if we decided to knock out enemies to hide them in the rather obvious body-sized boxes scattered throughout the level.

These can only hold two bodies each, though, so you won't be able to fit everyone in there. Knocked-out bodies should otherwise be hidden in the tall grass, lest some nosy patrol catches them and raise the alarm.

The mission level we checked out involved infiltrating Château de Berengar (based on the real-life Château de Sassenage), which looked suitably French. Admittedly though, the gameplay experience didn't feel that much of an improvement over previous Sniper Elite games when it comes to animations and visual polish, which felt quite rough.

Of course, it was not a final build, but with only a month left before the launch of Sniper Elite 5, it is hard to imagine the game would get a big overhaul. So far, this looks like it may satisfy long-time series fans, but we reckon it'll be tough to draw in many new users.

Sniper Elite 5 will release simultaneously on PC (Epic Games Store, Steam, and Windows Store),  Xbox One, Xbox Series X|S, and PlayStation 4 & 5 on May 26th, 2022. Xbox Game Pass subscribers on PC and Xbox One will get to play it on day one.

Check out our one-hour-long gameplay footage below.