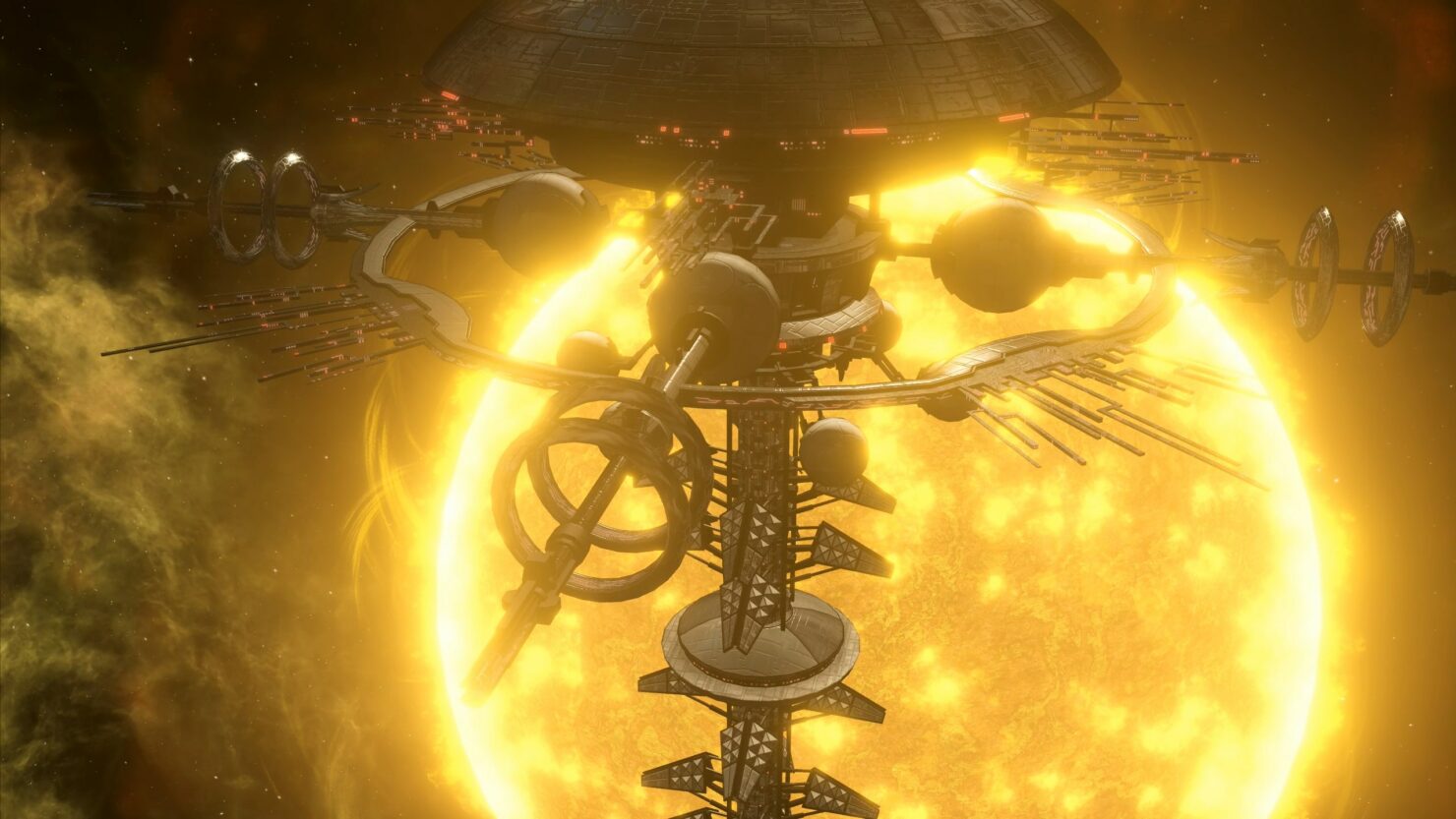 Turns out Utopia is in space. Paradox Interactive just announced the release date for the expansion for their epic sci-fi grand strategy game, Stellaris.

Stellaris: Utopia is the first big expansion pack for the Stellaris series. It grants players new mechanics to expand your galactic empire.

Your path to a perfect world will focus on pushing your species to gain new traditions and how they push towards their version of enlightenment that follows the Body, Mind, and Machine paths.

Here's exactly what you should expect in Stellaris: Utopia.

Stellaris: Utopia's Path to Ascension comes April 9 on PC and will retail for $19.99.  The Stellaris base game is available now for $39.99.

The stars have called you for millennia and now you walk among them. A universe of possibilities is open to your species as it takes its first fitful steps into the great unknown. Here you can turn your back on the divisive politics of the home planet. Here you can build something new. Here you can unify your people and build that perfect society.

Only in space can you build Utopia.