Last month, VALVE made three announcements regarding their Steam platform which is going to be expanded next year with the arrival of the Linux based SteamOS operating system, powerful NVIDIA and Intel based Steam Machines and a dual track-pad equipped, ultra responsive and optimized Steam controller for the endless catalog of Steam games.

The Steam Machines which previously went by the name of Steam Box would be the next era of gaming devices aimed towards the living room in a compact form factor yet featuring the most powerful hardware from NVIDIA and Intel. VALVE mentioned during the reveal that their Steam Machines won't go on sale until 2014 and would be shipped through several retailers with each device featuring a different set of specifications as compared to the prototypes which would only be shipped to 300 lucky and eligible Steam users. If you want to enter the BETA testing phase of the Steam Machines prototype hardware, then do visit the following link:

Moving forward to the specifications, the details mentioned over a the Steam Universe Community page shows that VALVE plans to ship out several Steam Machines configured with different hardware. You can find the specs below:

You can note that each of the Steam Machines would be configured differently compared to each other, the reason behind this is that VALVE wants to aim their devices towards each price-range market. They are aiming towards the High-End users with the GTX Titan and Core i7-4770 configuration while they are aiming for the mainstream audience with the GeForce GTX 660 and Core i5/Core i3 configuration. This is a good thing since this would allow VALVE to make a wider approach with their Steam Machines rather than limiting them to the enthusiast crowd with the high-end hardware configured devices. If i was to make a wild guess, then i would say the small form factor PCs displayed during the GeForce GTX Titan launch could be a representation of the forth-coming Steam Machines though they are slightly smaller: 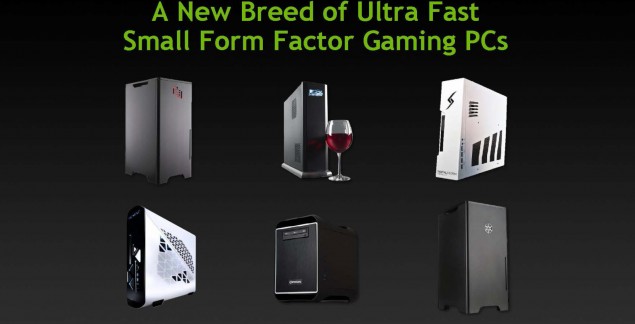 Steam Machines would feature full support of SteamOS and would even ship with the Steam Controller at launch. Though VALVE doesn't want to make it compulsory for you to own a Steam Machine to fully experience their new Steam Universe. The Steam Machines Custom-Built chassis allows users to easily upgrade the hardware, so its a job made easy for PC users if they want to upgrade to a new hardware after some time. VALVE would even let users replicate the custom enclosure itself by releasing a source of CAD files.

So for our own first prototype Steam Machine ( the one we're shipping to 300 Steam users ), we've chosen to build something special. The prototype machine is a high-end, high-performance box, built out of off-the-shelf PC parts. It is also fully upgradable, allowing any user to swap out the GPU, hard drive, CPU, even the motherboard if you really want to. Apart from the custom enclosure, anyone can go and build exactly the same machine by shopping for components and assembling it themselves. And we expect that at least a few people will do just that. (We'll also share the source CAD files for our enclosure, in case people want to replicate it as well.)  VALVE 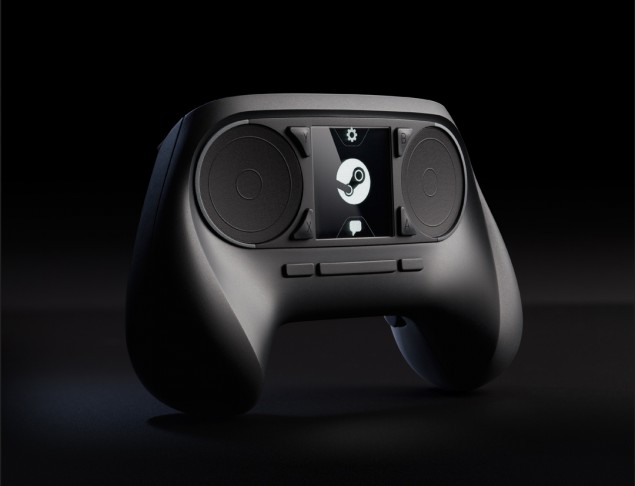 As said before, VALVE has no intentions to replace your primary gaming PC and you can take the SteamOS and Steam Machines as a service for those who want to expand outside of their room. Its a great idea and we will have to wait till next year to see how it works out, until then VALVE has said to stay tuned for some closer look at their Steam Controller.