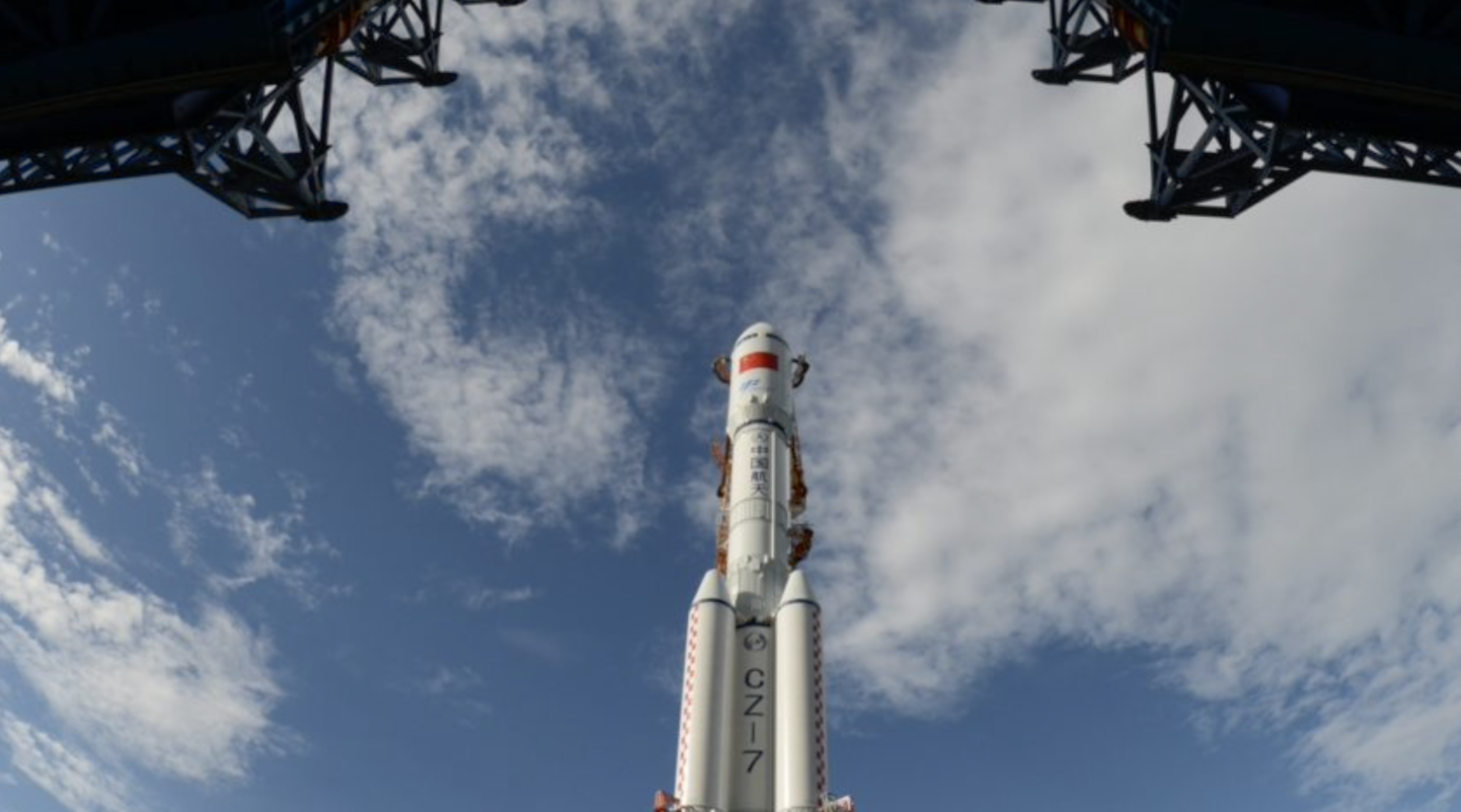 The Long March 7 during its first rollout in 2016. The rocket is capable of generating one million pounds of thrust at liftoff by using two YF-100 staged-combustion Liquid Oxygen-Kerosene rocket engines. Image: CASC

Starlink Responsible For Roughly 80% Of SpaceX's Launches In 2021

A look at SpaceX's launch manifest through the course of this year reveals that the company continues to build out its Starlink internet constellation aggressively. At the close of 2020, more than half of the Hawthorne, California-based launch services provider's launches were for Starlink payloads. Out of the 25 Falcon 9s that took off last year, 14 carried Starlink satellites to their orbits. The others involved crew and cargo missions for the National Aeronautics and Space Administration (NASA) and commercial satellite operators.

This trend has accelerated so far in 2021, with 11 of the 14 Falcon 9 launches conducted by SpaceX so far carrying Starlink payloads. The other three include SpaceX's first dedicated ridesharing mission, Transporter-1, NASA's Crew-2 launch and a Turkish communications satellite.

The total mass launched by the Falcon 9 so far this year is 193 tons, out of which 117 tons were launched during the first quarter. Mr. Collison's calculations reveal that during this same time period, the CASC launched roughly 27 tons to orbit, indicating that during Q1 2021, SpaceX launched more than four times the tonnage to orbit than China's national space agency. Additionally, Starlink alone accounted for 109 tons or 93% of the Q1 launch tonnage.

The CASC's first launch this year was of a mobile communications satellite dubbed Tiantong-1, which also marked China's first foray into this sector. It was followed by another launch in late January which consisted of three Earth reconnaissance satellites dubbed Yaogan31-02A, Yaogan-31-02B and Yaogan-31-02C. According to Chinese media reports, the Yaogan satellites will conduct civilian reconnaissance, with Western analysts suspecting that they will also be used for military purposes.

Tesla now manufactures slightly more than 1 car every minute and SpaceX launched 2/3 of all tonnage launched to space in the first quarter of 2021. pic.twitter.com/CcuM5W1GHY

Courtesy of SpaceX, the U.S. accounted for roughly 43% of orbital payload launches this year,  nearly all of which were conducted by the Falcon 9. The others include Northrop Grumman Corporation's Antares launch in February from Virginia and Atlas rocket launches by the United Launch Alliance.

While the vast majority of the Falcon 9's payloads so far have been the Starlink satellites, out of the thirty publicly disclosed Falcon launches for the remainder of this year, only six are for Starlink. Naturally, this figure will change as the year progresses, and SpaceX determines more launch windows for its launches.

Yet, what is clear is that 2021 is set up to be a historic year for the company as it will have conducted the highest number of launches to date. In the second half of this year and in May, Space will have launched more missions than it did throughout 2020.

Two of the launches in 2021 will be with the Falcon Heavy, and both will carry classified payloads for the United States Space Force (USSF). Since the rocket's maiden flight in 2018. it has flown only twice, with SpaceX often choosing the Falcon 9 for missions originally designated for the Heavy due to advances in the Merlin engine allowing the latter to carry more payload.

The CASC has 11 flights on its manifest before the first half of this year is over. These will launch more remote sensing and reconnaissance satellites through the Long March and Kuaizhou rockets. While it launched the most payload to orbit this year after the U.S, China is yet to develop reusable rockets, which significantly bring down launch costs. The country is believed to be developing a reusable variant of the Long March lineup, which will land its center stage and side boosters together either on land or on the sea.