Earlier this week, Bethesda’s highly-anticipated title seemingly received a rating from the USK, which had many hoping for a Starfield 2020 release.

Initially picked up by YouTube channel Skullzi TV following a discovery from the Starfield community, the official Starfield website briefly contained a logo for an official USK rating. In general, titles don’t get rated by the USK before being completed, and as such, this had many fans hoping for a release later this year. 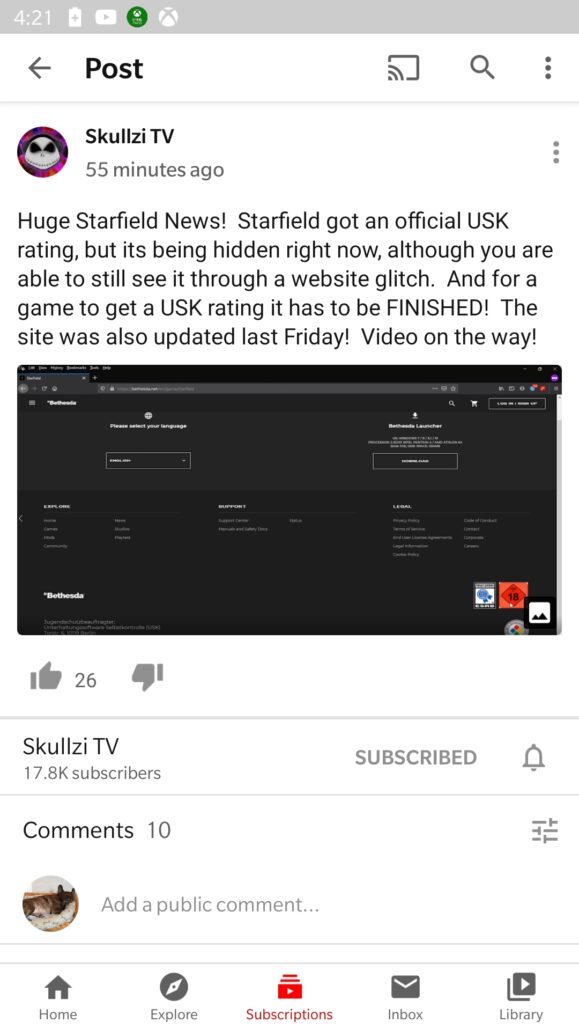 Interesting to note is that the USK also rates upcoming trailers for events, suggesting that a new trailer is inbound for the sci-fi action-RPG.

Unfortunately, these rumors now seem to have been debunked as Bethesda’s Pete Hines has taken to Twitter to state that the Starfield USK rating was merely a glitch on the website.

wasn't aware, but it's just a glitch or a bug on the site. i'll ask them to look into it and get it fixed. thanks for the heads-up

So yeah, don’t get your hopes up for a Starfield 2020 release.

Starfield is currently in development for the next-gen consoles and PC. A release date has yet to be revealed and based on Hines’ recent comment on Twitter about Starfield and The Elder Scrolls VI, both are still very far away from being released.

Starfield was officially announced during Bethesda's 2018 E3 showcase. We've included the announcement trailer alongside a short description of the title below:

As always, we will keep you updated as more information about Starfield comes in.