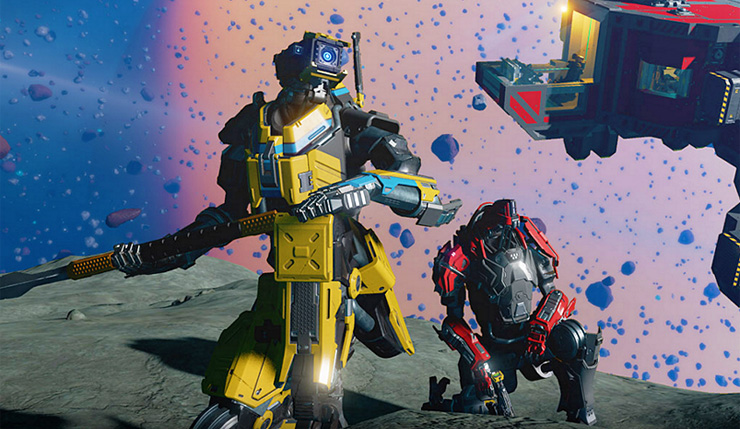 Last year Trine developer Frozenbyte surprised many by announcing Starbase, a new space exploration MMO that promises the ability to design your own spacecraft and even full space stations, all while interacting with potentially thousands of other players. The game sounds super-ambitious, perhaps a little too ambitious, but apparently development is coming along fairly well as Frozenbyte has released a new trailer, which shows off some cool features like the ability to colonize planets. The game’s visuals and overall presentation also seems to have come a long way. Check the trailer out for yourself, below.

Well, damn! The game looks to be shaping up well. Here’s a little more detail on how planet/moon colonization will work:

The trailer reveals the possibility for players to colonize moons and planets, where small outposts and early trading routes can eventually turn into huge cities with a thriving society. Players can land anywhere with no loading screens, walk around the big cityscapes and interact with other pioneers – explore the new world! Reaching even the closest moon, however, will require a massive joint effort and ingenuity from players. It will be the first major community objective.

Frozenbyte has also opened up signups for Starbase’s upcoming closed alpha, although a little bit of work is required. Before you can register to be considered for the alpha, you’ll have to fill out a three-page survey – you can do that here.

Starbase doesn’t have a release date yet, but the game is expected to enter Early Access on Steam sometime in 2020, where it will likely remain for a solid year or two. Want to know more about the game? I sat down with Starbase’s developers back in 2019 to discuss the game’s scope, battles, building mechanics, and a variety of other subjects. Do check the full interview out if you’ve got a minute to spare.