During its Game Developers Conference a few hours ago, Sony finally shared more details on its PlayStation VR headset, including release window and final price. The Japanese company has also revealed some of the titles that will be released for the headset, including the new version of the latest game based on the Star Wars franchise. 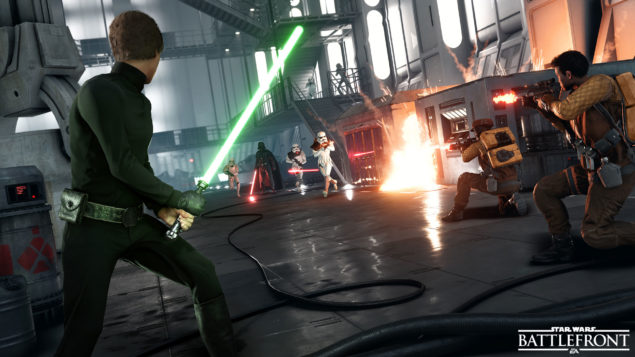 This will be a Star Wars Battlefront gaming experience like nothing else, where players can transport themselves to a galaxy far, far away.

Star Wars Battlefront VR is currently in development for PlayStation VR, and a final release date has yet to be confirmed. More on the game will surely come in soon, so stay tuned for all the latest news on the upcoming Star Wars VR experience.