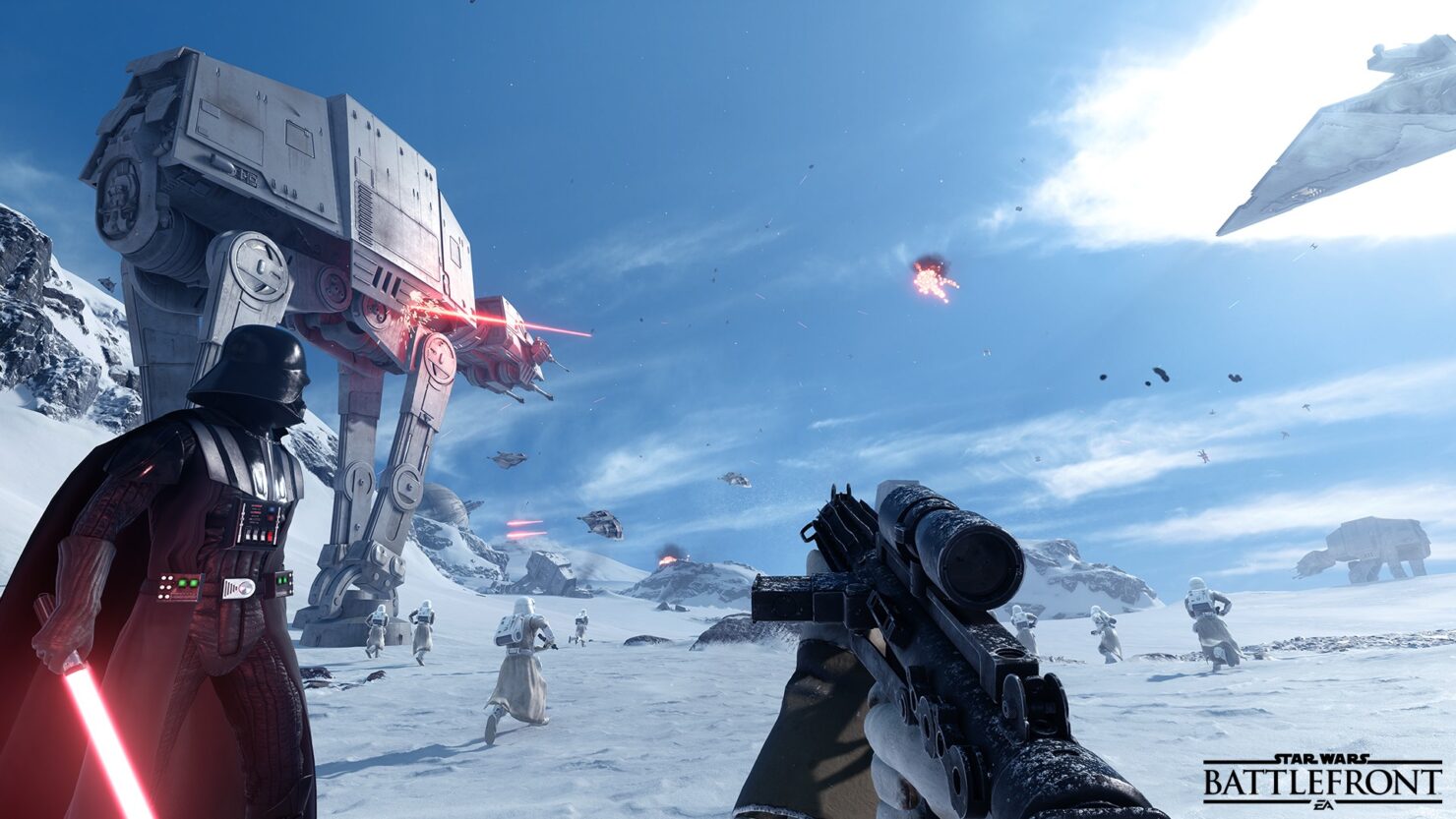 Last week, EA and DICE have made many Star Wars Battlefront fans happy by finally confirming a new play mode, called Skirmish, which can be played offline. Details on the mode have been emerging online since its reveal, and today more on it has come in.

Reddit user Koraik has put together a rather handy list of features that have been confirmed for the soon to be released Skirmish Mode, such as the ability to play all base Walker Assault and Fighter Squadron maps as well as the free maps, how the mode will manage skins and more. The AI is apparently going to be quite smart, as it will have the ability to disable objectives, shoot AT-Ats and AT-STs and more. On the other hand, players shouldn't expect to always see heroes controlled by the AI, as it won't be able to do so in Walker Assault.

You can play all base Walker Assault and Fighter Squadron maps as well as the free maps
You can't choose a skin but rebels get randomly generated skins each match (female, male, species), while imperials can only be helmeted stormtroopers. (It isn't confirmed if Stormtrooper skins will change randomly or not, I have tried confirming on Twitter but can't seem to get a response)
You can play as a hero in both modes but the AI cannot play as heroes in Walker Assault but can play as them in Fighter Squadron
AI is smarted, can disable objectives, shoot AT-ATs and AT-STs, etc.
AI have star card hands that are capable of multiple tasks, such as fighting an AT-ST with a smart rocket or using ion shot on an AT-AT.
You will have all weapons in the game to use and can choose from two well balanced star card hands, Endor apparently has a different hand, the third hand can be unlocked by completing Skirmish on Hard mode and allows you to use multiplayer cards. You can use all heroes in Skirmish (including new ones if you own them)

Among the Star Wars Battlefront Skirmish Mode features that have been confirmed in the past few days is the ability to play the mode in online co-op as well as offline co-op on consoles as well as the AI's ability to use a greater selection of weapons and vehicles.