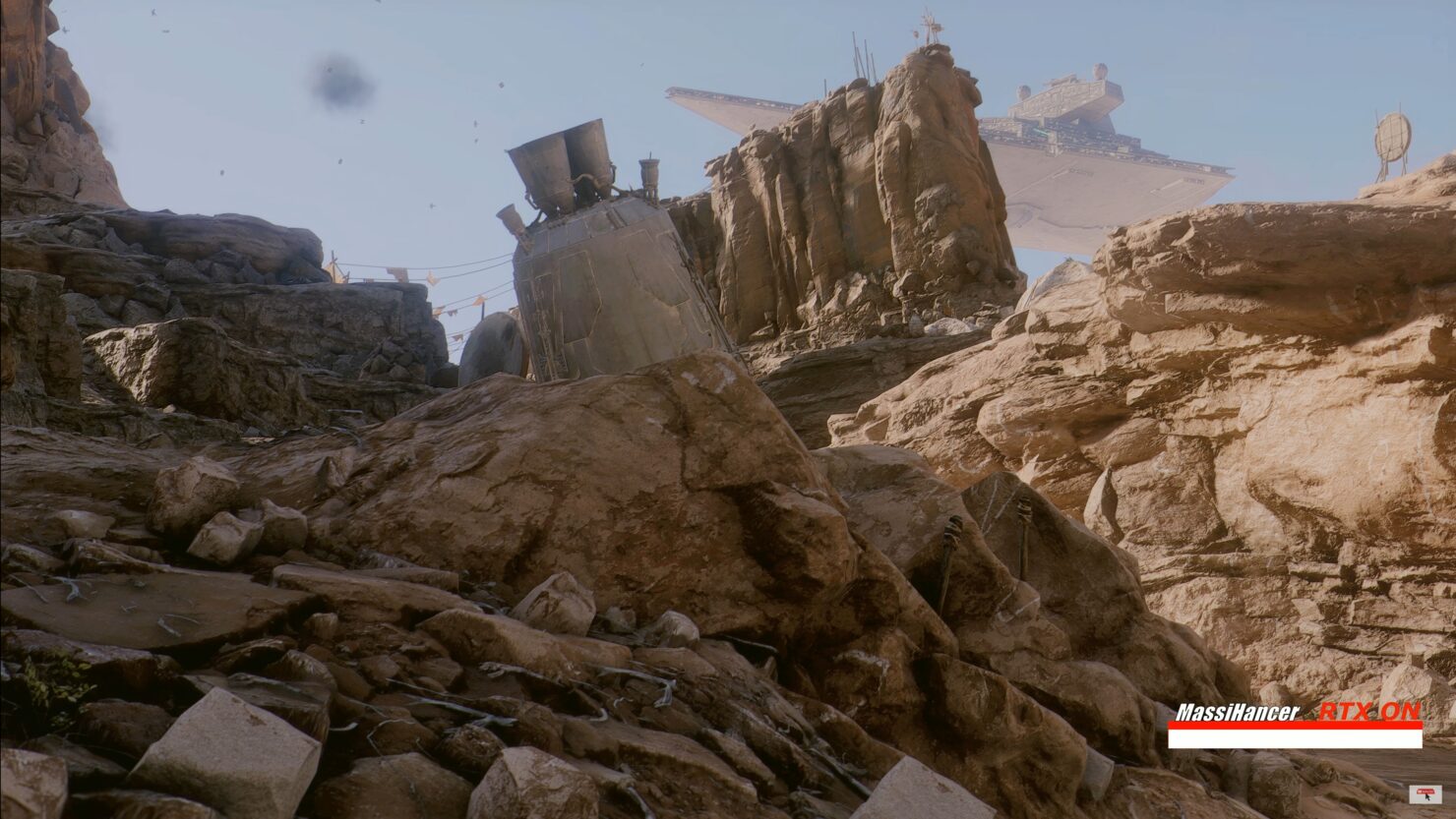 Star Wars Battlefront may be close to six years old now, but it still looks amazing on PC, even more so if you check out mods like the one in development by MassiHancer.

You may recognize the name from his other popular graphics mods for games like DOOM Eternal, Resident Evil 2 and 3 remakes, and more. MassiHancer, whose real name is Giulio Guglielmi, reached out to Wccftech to provide more information about his latest Star Wars Battlefront 'remastered' showcase video.

I tried to make the Frostbite Engine shine again, thanks to many months of my spare time creating shaders for ENB Series and then converting them to Reshade.
I tried  to improve Godrays, the Clouds and Particles effects and filmic impact with Color grading (through many, many shaders).
You can instantly find better Details, new realistic Reflections, sharper textures, better sense of depth thanks also to the use of RT Beta Shader from Pascal Gilcher, but using more customized shaders to improve the Global Illumination and ambient occlusion.
I worked hard to create a Tonemap and a Dynamic Dof that is very similar to the one seen on Unreal Engine 5 tech demo. To avoid any smoke bleeds between RT shader and the in-game effects like smoke and explosions, I used a Fog-Transparency detector.
After comparison scenes starting at 2:32, you can find gameplay footage at 7:02 featuring the planets of Tatooine and Sullust with all the RT effects enabled! This is rendered in real time in 8K resolution thanks to the NVIDIA GeForce RTX 3090 graphics card.

This Star Wars Battlefront MassiHancer mod isn't finished yet, but it will be available for free when done, though you'll need access to Pascal Gilcher's RTGI shader to get the same results. If you wish to speed up the work in progress, it might be a good idea to donate through the creator's Patreon page.