EA have released the first screenshot for Star Wars Battlefront, following the second teaser trailer for the Star Wars: The Force Awakens which featured a small 10 seconds teaser for Battlefront at the end.

The Star Wars Battlefront teaser can be watched below, although note that since it's magnified, quality is pretty low.

EA and DICE will unveil Star Wars: Battlefront tomorrow at the Star Wars Celebration event. Star Wars Battlefront will be released November 17 on PlayStation 4, Windows PC and Xbox One, a full month ahead of the debut of Star Wars: The Force Awakens in theaters.

The first artwork for the game has also been revealed which incidentally is used on the box of the game.

EA have also revealed the full image of the Stormtrooper via their Instagram account with daily updates teasing the image piece by piece. The full image can be viewed below. 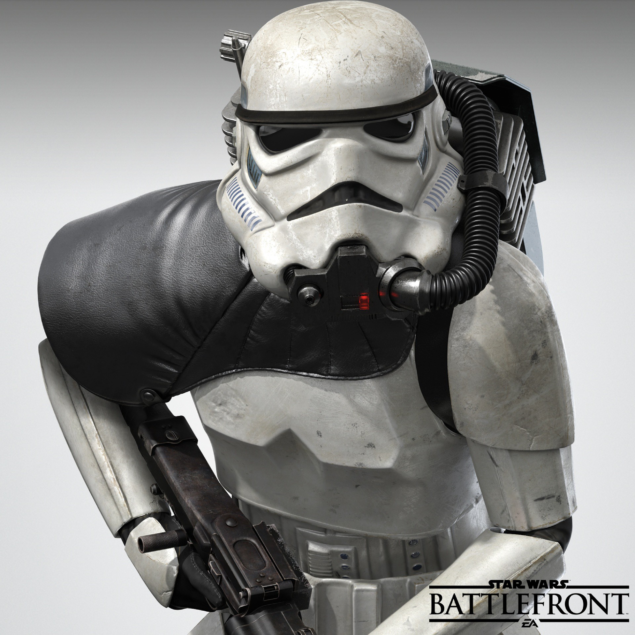 While the detail on the character model of the Stormtrooper does indeed look spectacular, the image with the speeder bike looks amazing and the teaser video, which is in-game and not CGI, according to DICE looks absolutely mind-boggling.