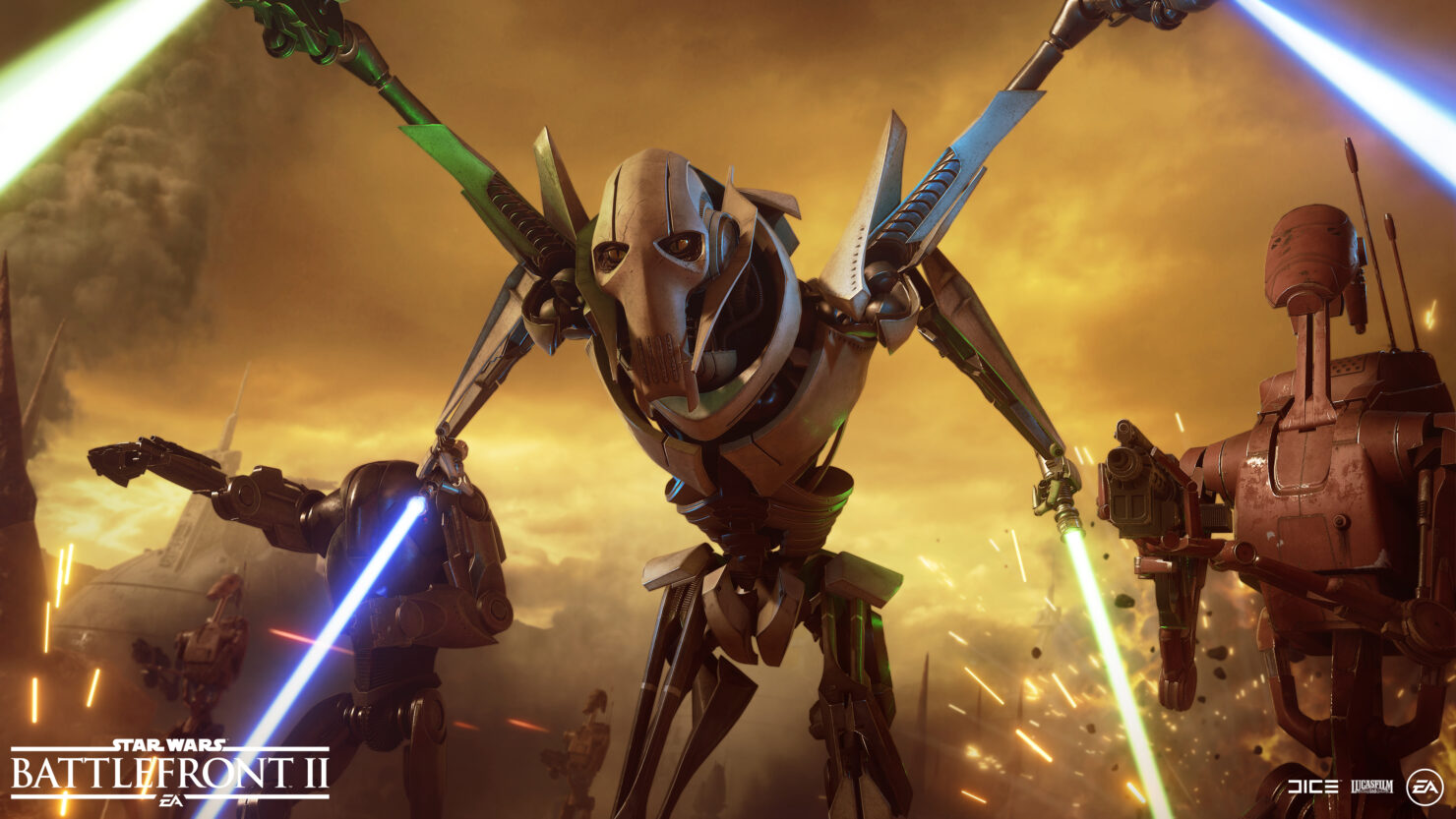 Star Wars Battlefront II recently got a massive update, adding heroes such as fan-favorite Jedi Master Obi-Wan Kenobi and the Geonosis maps, based on the prequel movies.

More is on the way, though. Earlier this year, the developers revealed a new mode was in the making, described to be a 'non-linear Star Wars sandbox experience' where two teams battle to capture points and to bring down capital ships.

According to a datamined file posted on the Battlefront II subreddit, that mode could be called 'Titan'. This immediately ignited speculation that it could be inspired by the namesake mode originally featured in Battlefield 2142, given that was about taking down the enemy team's Titan.

Here's a description of how the mode worked in Battlefield 2142, taken from Wikipedia.

The Titan mode involves players from opposing teams whose objective is to destroy the other team's Titan while trying to defend their own. They are massive, heavily armored, flying warships that have powerful force fields protecting them from enemy intrusion or conventional weapons fire. As the force fields are up during the first part of a battle, players must fight to control the anti-Titan missile silos scattered about the battlefield on the ground. Titans can be moved around the battlefield, but only by the team's Commander. Each Titan can defend itself and contribute to the fight on the ground with 4 anti-ground guns and 2 anti-aircraft guns. Movement can cause latency issues, so some players prefer not to move them at all. Some servers even disable the commander's ability to move them.

After the shields are down, there are two methods to destroy the enemy Titan. One way is to simply remain on the ground and hold the anti-Titan missiles until they wear down the hull. A quicker alternative is to board the Titan using "assault pods" launched from an APC (Armored Personnel Carrier), air transport, Titan, or spawn beacon, spawn on your squad leader, or land an air transport on a Titan as a mobile spawn point. Once inside, the players must destroy 4 reactor consoles to gain access to the reactor room. There they can blow up the reactor and have 30 seconds to flee before it is destroyed.

Of course, it would likely be tweaked to fit this particular game. We should know more soon, anyway, as the roadmap posted in October suggests this mode will be released in February 2019 alongside new hero Anakin Skywalker.