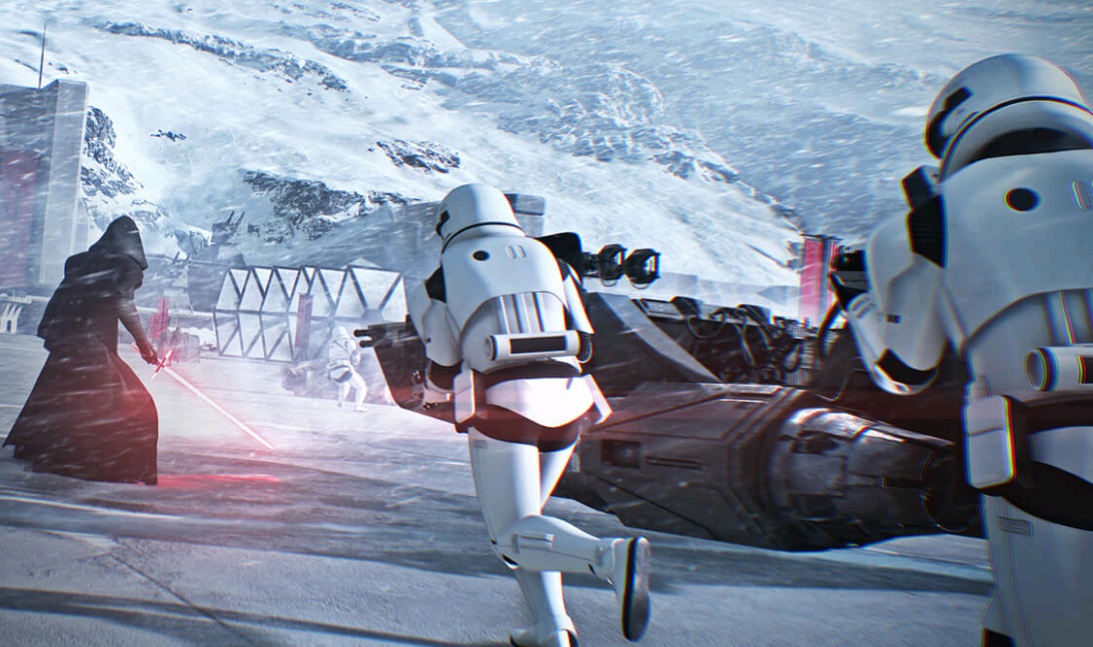 The Star Wars Battlefront II Beta is now live for those who pre-ordered or for those lucky enough to have obtained an early-access beta key.

On PlayStation 4, the multiplayer beta clocks in at roughly 15GB and allows players to play try out various multiplayer modes, including Galactic Assault and Starfighter Assault. The early-access beta includes Assault Trooper Challenges and Hero Challenges. The open beta for all players will kick off on October 6 at 8:00 AM UTC, and will end on October 9.

Defend Naboo as a Clone trooper, or join the ranks of the Separatists and storm the royal palace. Utilize 4 distinct trooper classes, call in reinforcements, pilot vehicles, and become a hero.

In Starfighter Assault, race as the Rebel Alliance to destroy a Star Destroyer over Fondor, or rally as the Galactic Empire to defend it.

In Strike, join a team of First Order troopers or Resistance fighters in team battles around Maz's castle. In Arcade, engage in single-player scenarios in Theed, capital of Naboo.

Star Wars Battlefront II releases on November 13 for PC, Xbox One, and PlayStation 4.