Each week, CIG host a live stream on their Twitch channel where they take questions from the community. This month, the key things I caught are:

Chris Roberts and Sandi Gardiner have been spending a fair bit of time in the UK. They happened to be in London the weekend of the Star Citizen UK Facebook group meetup so I managed to arrange for them to drop by! A great time was had by all and we spent an afternoon at the bar talking Star Citizen with Chris and Sandi.

Of course, no Star Citizen update would be complete without an update on funding. The juggernaut that is Star Citizen, already the largest ever crowdfunded project of all time continue to roll on and funding now stands at a staggering $107 million dollars from almost 1.2 million backers! 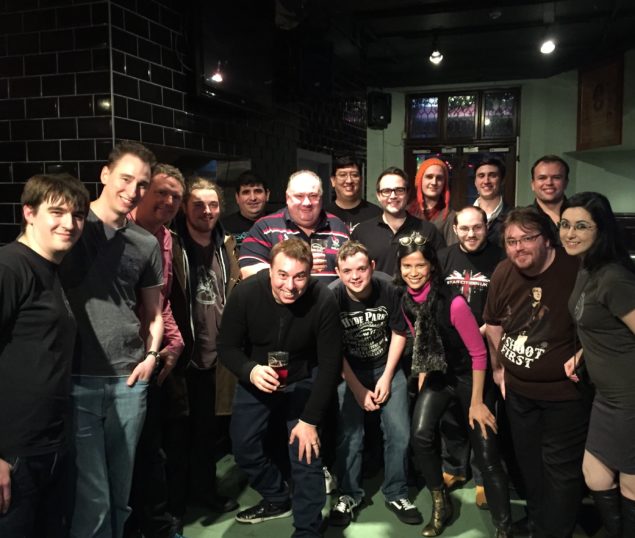