No, Star Marine is NOT cancelled

Chris Roberts announced in his first 10 For The Chairman weekly webcast for 2016 that Star Marine (the first person shooter version of Arena Commander) is most definitely NOT cancelled! Star Marine was originally intended to launch last year, but as CIG took over development of the FPS module from Illfonic (the studio contracted to create the base of the FPS aspect of the game), it became evident that more work was needed and that they were closer to launching the baby PU so decided to dedicate their resources to this. Some basic elements of FPS gameplay are now available to everyone in the baby PU and further updates are planned with 2.2, 2.3 etc. Once the base features are all there (including things like the cover system, gadget usage, etc.) the Star Marine FPS version of Arena Commander will be turned on.

Personally, I’m pleased with the approach they took. I know a lot of people are looking forward to FPS in a controlled map environment with scoring, leaderboards and the likes, but for me the persistent universe where I can fly ships around, quantum drive between space stations and wreckage, fight other ships, get my ship repaired/refuelled/reloaded, dive into FPS mode with other players takes priority. This is what Star Citizen is all about, after all. That much said, I'm sure you'll agree, the artwork below shows they're still working on FPS heavily! 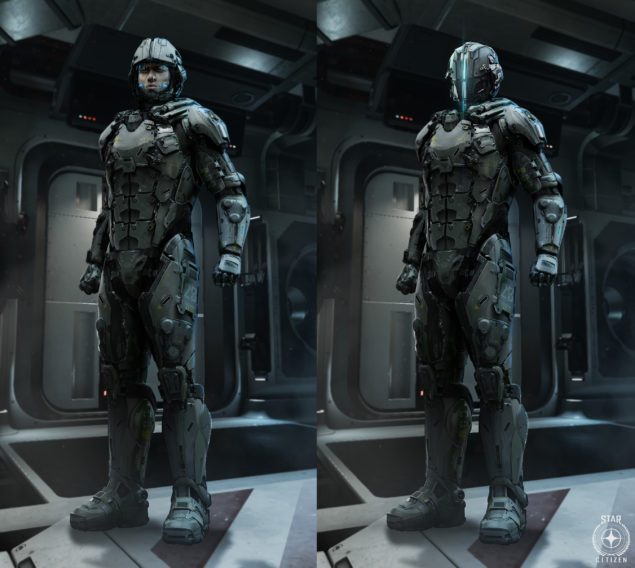 This month had a lot of new releases! As you can tell, the team at CIG are busily working away on stabilizing the first iteration of the baby PU which launched with 2.0 at the end of last year. This was a great experience, but pretty unstable. Since then, the updates have churned out and stability has improved significantly:

2.1 was released on the 15th of January. Much of the work in 2.1 was about stability and bug fixes, but they still found time to put a couple of new flyable ships into the game with the Aegis Vanguard Warden and MISC Freelancer being flyable for those that have them and the Aegis Sabre being hangar ready to explore in your hangar. Additionally, the Apocalypse Arms Revenant ballistic gatling gun is also now available. This monster of a size 4 weapon can be loaded onto the Vanguard. 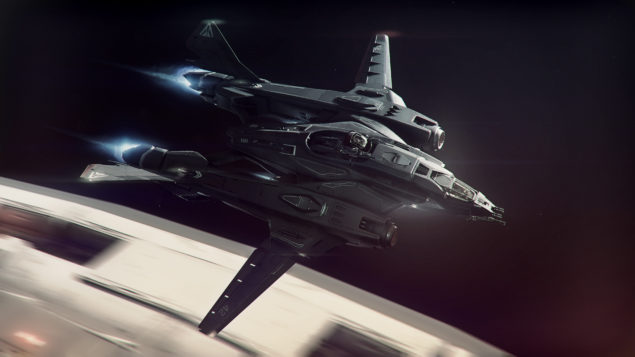 Barely a week later, 2.1.1 was released. This build was primarily bug fixes and some ship balancing tweaks.

Another week passes and on the 29th of January CIG released 2.1.2. Again, this build was primarily about game stability and bug fixes.

Since then, it has been (unofficially) mentioned that the next major build (2.2) is likely to still be a few weeks away so we can possibly look forward to this being released to the PTU sometime in February with new functionality likely on the way!

Aside from the usual fare of video updates CIG put out (Around the ‘Verse, 10 for the …, Reverse the ‘Verse, Bugsmashers etc), CIG also released a new behind the scenes video from the filming of Squadron 42! This video focussed on the actress Gillian Anderson and her role in the upcoming game. It’s a great peek into some of the filming which took place last year at Andy Serkis’ Imaginarium at Ealing Studios and there are a couple of very minor hints about some of what will occur in Squadron 42. You can find the video here:

New Out of Game Features

The buy back of previously “melted” pledges is now available. If you had a ship ages ago and decided you didn’t want it and melted it for store credit, you can now “unmelt” that ship and bring it back into your account. You obviously have to use either store credits or cash to pledge for it again.