All About Star Marine!

As mentioned in the introduction to this update. I’ve managed to get some unofficial stuff regarding Star Marine. Kyle Bromley is an artist who was one of the primary environment artists for the Gold Horizon FPS level. I’ve included a couple of screenshots from his website below, but I’d encourage anyone interested to go view them all here:

I think it’s safe to say that Kyle is an incredibly talented artist and I personally can’t wait to get into Gold Horizon to shoot people in the face while taking in the gorgeous view!

Additional to the above, the first version of 2.2 which CIG launched on the PTU testing environment accidentally had the Star Marine access option enabled! Although various enterprising people explored and tried lots of different methods of forcing it to load, ultimately we were all unsuccessful since the likely software on the back end servers was probably not running. That much said, I did manage to get some screenshots of the opening menu options and some of the gear that may be available to us when CIG do actually open up Star Marine officially! Please keep in mind, this is all obviously pre-production work in progress, subject to change and not necessarily representative of final art/setup. 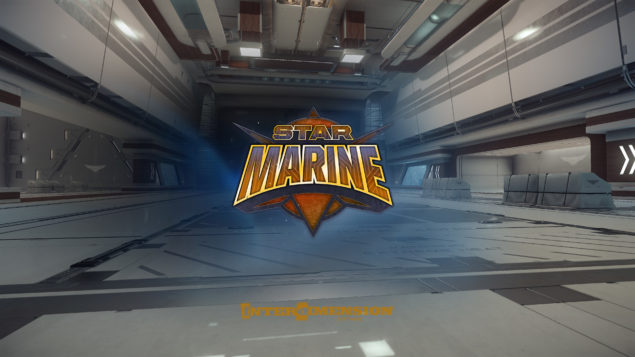 You will be able to choose to fight as either a UEE Marine or Outlaw.

Each side will have three tiers of armour (Light, Medium and Heavy). Each type of armour will allow a number of slots for weapons, grenades and gadgets. Both sides armour have identical slot numbers for each of the following: 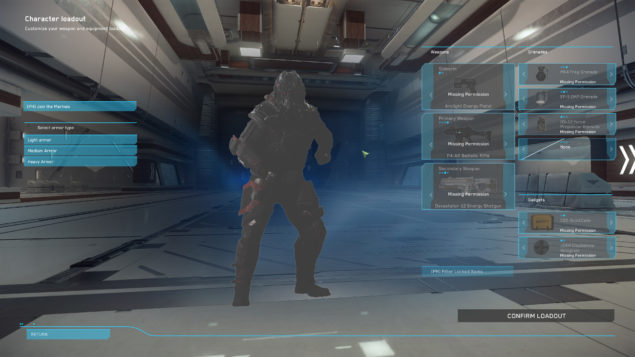