Welcome back space fans! Thanks so much to everyone who read, shared and commented on last month’s article. As mentioned back then, this is the Wccftech monthly round up of all things Star Citizen! Up this month, we have a boatload of news for you. But first, if you don't know what Star Citizen is, I urge you to have a read of the first issue of this series where I give a brief introduction to one of the most ambitious games of all time! You can find that article here.

As you can see from the title of this month’s update, we’ve managed to get an unofficial sneak glimpse into some of the details of Star Marine (the Star Citizen FPS combat module). This comes via Kyle Bromley, an artist who worked on Gold Horizon (an FPS arena level in Star Marine) as well as a mini slip up by CIG themselves in the initial release of 2.2 to the PTU (that’s the test environment for less stable builds before they get promoted to the main PU).

FPS modes listed! During an Around The Verse segment explaining the new Star Citizen database back end (allowing SC to transition from being mostly XML file based configs), Star Marine FPS modes were spotted. Obviously we have zero real information about these modes and as we all know, everything is subject to change, but we can take some educated guesses: 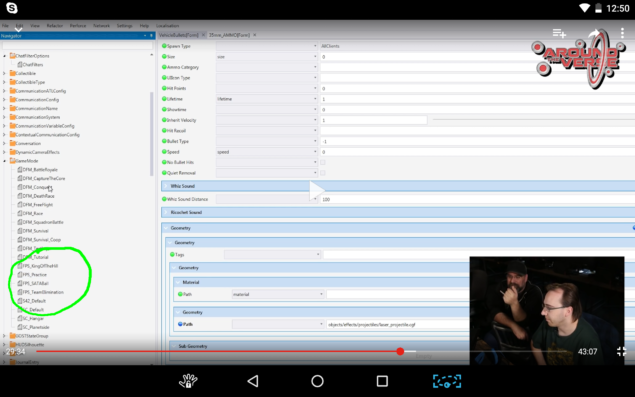 King Of The Hill: Likely the FPS equivalent of Battle Royale in Arena Commander. You vs. all comers.

SATABall: For those of you unfamiliar with Star Citizen (and likely many of you that are!), you’ve probably not heard of this in fiction game. An initial proposal in the lore builder posts can be found here:

With subsequent lore builder comm-links adding additional community feedback. Nothing has been confirmed in terms of finalised SataBall setup/rules but this will give you a basic idea.

Team Elimination: As its name suggests, team deathmatch of some kind.