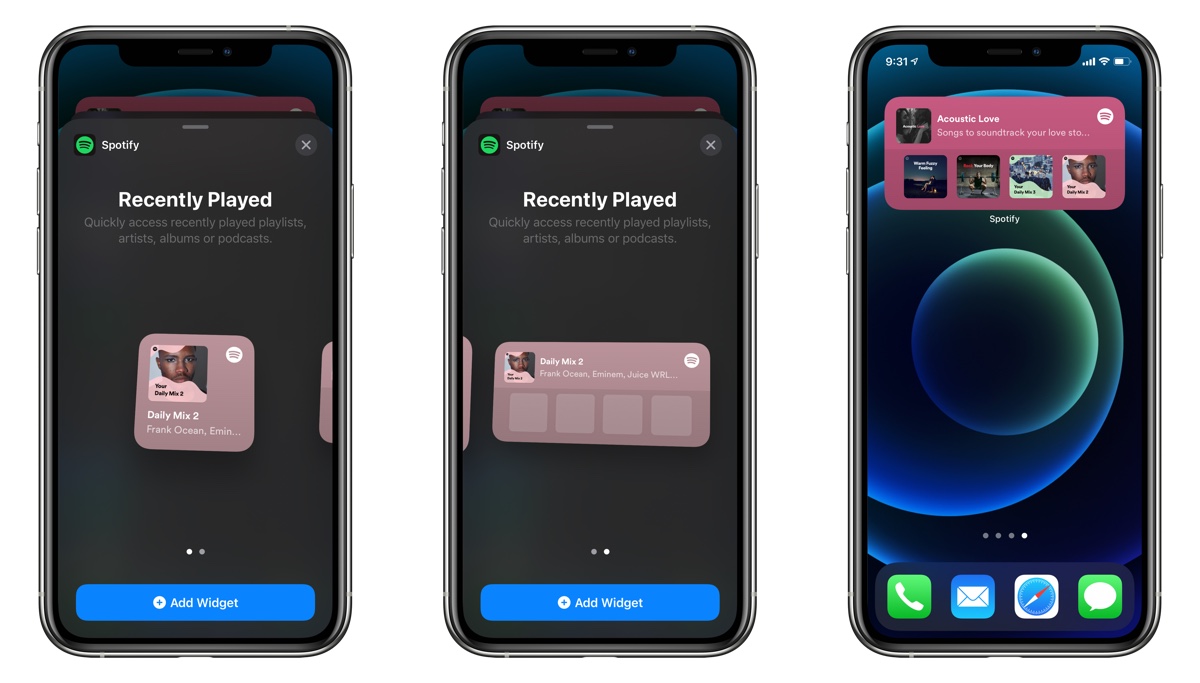 With iOS 14, Apple changed the way how widgets work on iPhone. In what has been the biggest change to the iPhone's home screen, users can place app widget anywhere they desire. This has finally opened up the iPhone to a level of personalization which was not available before.

Spotify has historically been slow to jump on new iOS features, despite having an active user base that demands support for the latest features. Fortunately, the company was quick to introduce support for widgets with a recent update.

The Spotify app widget supports two sizes, both of which show recently played albums, artists, podcasts, or playlists. Each of the content is displayed using its cover art or album art. Whether you use the small or medium-sized widget, it changes its color based on the last played content's cover art. This is a really nice feature that even Apple's own music widget does not support.

To use the new Spotify widget, long press on your iOS 14 or iPadOS 14 home screen and tap the plus button on the top left. Scroll down to find the Spotify widget. Select from the small or medium size and tap on 'add widget'. If you do not see the new widget yet, make sure that you have the latest Spotify app update from the App Store.

Unfortunately, due to Apple's limitations with how widgets can work, there are no play or pause buttons, neither is there a volume slider. There is no clear explanation as to why Apple has disallowed interactivity on widgets, as the older widgets, which also still work and might be on their way out of iOS, supported interactive controls. Widgets can provide buttons but they can only open an app to execute the required function, and do little else.