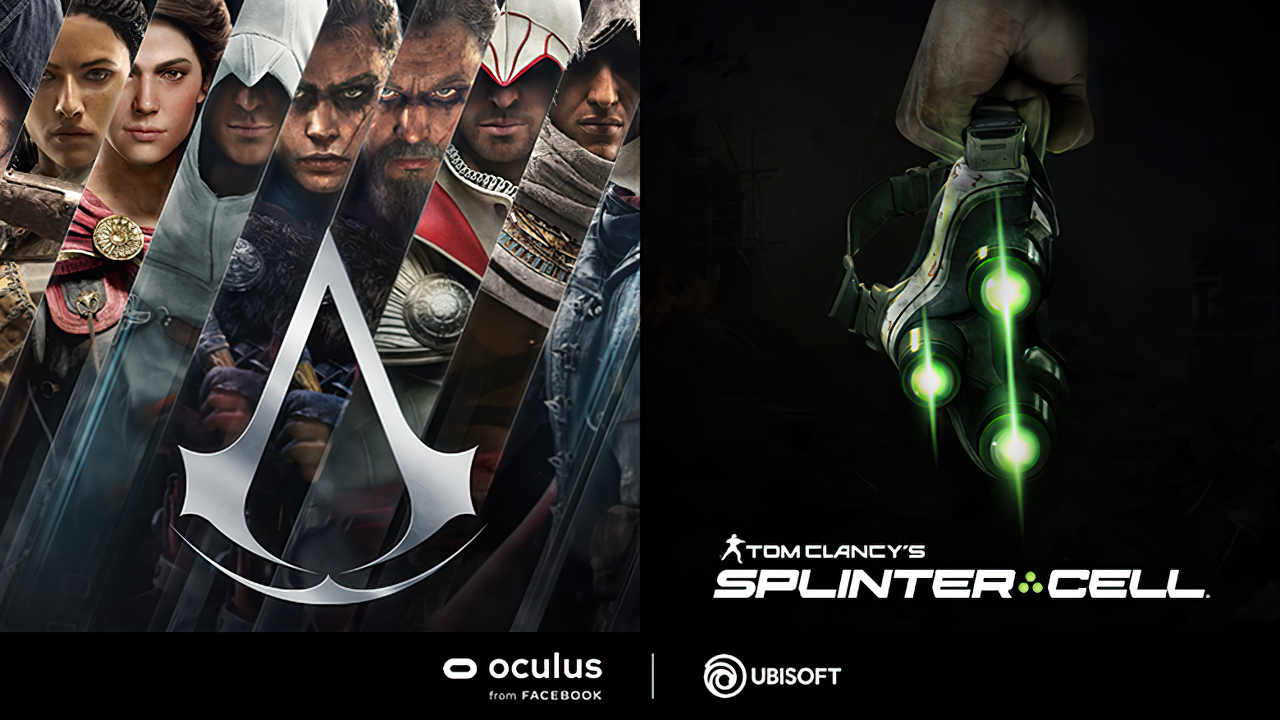 Splinter Cell VR and Assassin's Creed VR, previously rumored to be coming exclusively to the Oculus Rift platform, were both confirmed during today's Facebook Connect 2020.

Not many details were shared, other than the fact that both Splinter Cell VR and Assassin's Creed VR will be brand new entries that are being developed from the ground up for Virtual Reality by Ubisoft Red Storm, in collaboration with sister studios Ubisoft Reflections, Ubisoft Dusseldorf, and Ubisoft Mumbai. More information should be available soon.

That's just the tip of the iceberg when it comes to game announcements (the Oculus Quest 2 was the star of the show, of course). Star Wars: Tales from the Galaxy’s Edge, developed by ILMxLAB (the makers of Vader Immortal), is a new adventure featuring characters like C-3PO, R2-D2, and Jedi Master Yoda. It will be released this Holiday season for the Oculus Quest.

Other new game announced to be coming 'soon' include Jurassic World: Aftermath from Coatsink Games (Quest only), the VR Battle Royale game Population: One from BigBox VR (Quest & Rift), The Climb 2 from Crytek (Quest only), and Sniper Elite VR (Quest & Rift, as well as SteamVR and PlayStation VR).

Warhammer 40,000 Battle Sister from Pixel Toys is launching later this year on the Oculus Quest, while Pistol Whip 2089 will be available this Holiday on both the Oculus Quest and Rift.

The acclaimed Beat Saber has been confirmed to be getting a multiplayer coop mode, which will be available on October 13th (alongside the Oculus Quest 2 launch) for both Oculus Rift and Oculus Quest.

Lastly, a Myst remake has been confirmed today by Cyan Studio. It'll be available both for VR (Oculus Quest) and non-VR, and if you're on GOG you can already add it to your wishlist.