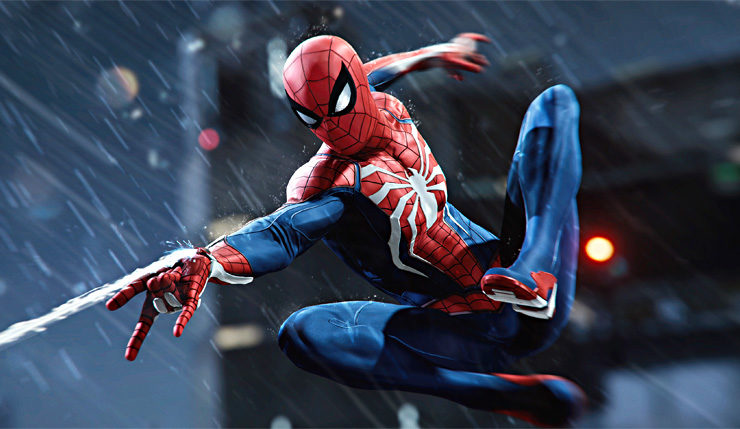 Which console will come out on top this holiday shopping season? We won’t know for sure until the dust settles, but my money’s on the PS4, as Sony will be offering a Spider-Man 1TB PS4 bundle for only $200. To be clear, this isn’t the limited edition PS4 Pro Spider-Man bundle released earlier this year – this one just includes a basic PS4 Slim. That said, the regular MSRP for a 1TB PS4 Slim is still $300, without a game, so this is a pretty fantastic deal.

This bundle was first outed by an online Walmart listing, which was quickly yanked down. 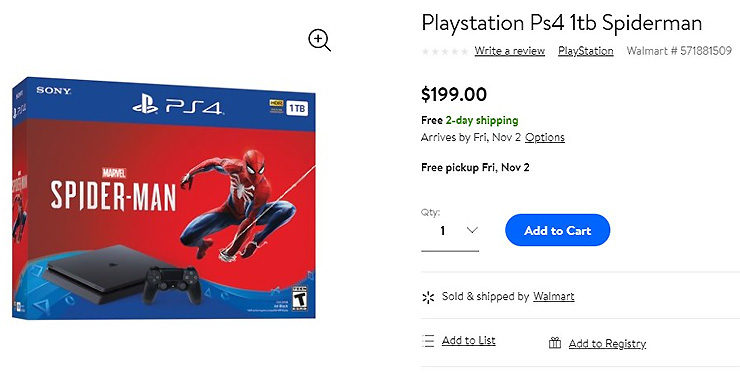 Thankfully, it seems the Walmart listing wasn’t a mistake, as the $200 PS4 bundle is also listed in Target’s Black Friday print flyer. The Target flyer also reveals some other hardware deals you can expect on Black Friday. These include a PSVR bundle with two Move controllers, Creed: Rise to Glory, and Superhot VR for $250, a Mario Kart 8 Deluxe Switch bundle for $300, and a Super Mario Maker 2DS bundle for $80. No word yet on what kind of Xbox One bundles/deals we can expect, but I have a feeling Microsoft will offer something up to combat Sony's crazy Spider-Man PS4 deal.

Since launching back in September, Spider-Man has been burning up the sales charts and picking up positive reviews, including one from Wccftech’s own Kai Powell…

Spider-Man is available now on PS4. Technically, Black Friday kicks off following Thanksgiving on November 23, but many retailers have begun offering deals earlier, so keep an eye out!