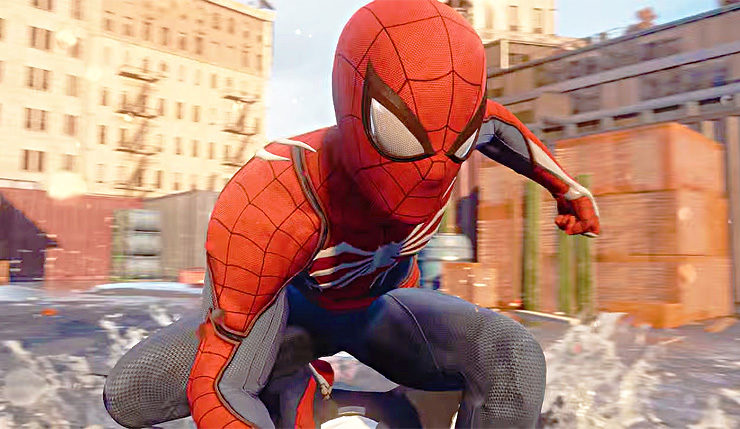 Sony and Insomniac’s PS4-exclusive Spider-Man title promises plenty of death-defying web-slinging, cinematic action, and fun gadgets, but it won’t be a slouch in the combat department, either. Rather than taking the simplified Batman: Arkham approach, Spider-Man is opting for fast-paced, acrobatic battles, which almost look to be ripped from a Devil May Cry game.

In a new Game Informer video, Spider-Man creative director Bryan Intihar delves into the philosophy behind the game’s combat and explains, in basic terms, how it works.

“We really want to get you off the ground and using your acrobatics, using your gadgets, using your webs, to feel more like Spider-Man. We didn't want it to just be a brawler -- [Spider-Man] is so much more acrobatic and has that sense of fluidity and flow in combat. It's constantly going up and down, left and right. Using the environment to really deliver that idea of improvisation.

The basics of combat start with melee. You have your square button -- keep hitting it in a nice rhythm and you're going to do some really cool attacks, but that's kind of the start. You use that to begin the rest of the abilities -- whether it's [holding down the square button] and launching a guy up in the air and pressing it again to jump up with him, then pressing triangle to web strike down, or maybe holding web strike to grab guys and throw them.”

Intihar also describes some of the experimentation possible in the game…

“I was experimenting the other day with, what if I punch [an enemy] in the air, I start webbing him up, and then I pull him down. I noticed that [...] if he has a bunch of webs on him and I slam him down, he's now stuck to the ground. Or, for example, you punch a guy near a scaffolding, and you can do the web shooters and stick him to the scaffolding. Then another guy comes by and you can pull the scaffolding onto them.”

Spider-Man will also have a “pretty deep progression system,” which will include the ability to unlock moves and abilities and craft your own gear, suits, and suit mods.

I love how you can do all this stuff without touching the ground pic.twitter.com/eNh3eFhRDU

The internet on September 7 pic.twitter.com/rKpC0QFe3u

I definitely recommend you check out the full Game Informer video, as Spider-Man’s combat is looking pretty darn impressive.

Spider-Man swings onto PS4 on September 7.