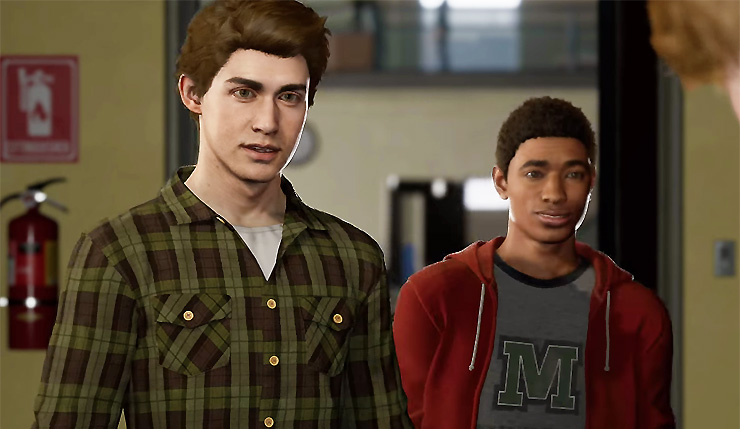 Since revealing the new PS4 Spider-Man game at E3 2017, Sony and developer Insomniac Games have shown off plenty of footage of the wall-crawler in action, but what about the man behind the mask? What will Peter Parker be up to? A good Spider-Man story is more than just punching and web-slinging!

Well, thankfully, the latest Spider-Man trailer focuses on the game’s characters and story, showing us Peter Parker without his mask for the first time, as well as other fan-favorite characters like Mary Jane Watson and Miles Morales. Of course, a handful of new action scenes have also been thrown in. You can check out the trailer, below.

As Insomniac previously confirmed, Spider-Man will feature an older, more-skilled Peter Parker, who kind of looks like an amalgamation of Tobey Maguire, Andrew Garfield, and Tom Holland. With Wilson Fisk (aka The Kingpin) behind bars, New York is as safe as it’s ever been, and Peter is looking forward to having more of a life. Of course, that’s not going to last forever.

The trailer confirms Mary Jane Watson, who appears to be some type of reporter in Insomniac’s universe, will be Peter’s love interest. We also catch another glimpse of Miles Morales, who will be working with Aunt May at a charity run by Martin Li (aka Mister Negative). It will be interesting to see how big Morales’ role ends up being – will don his own Spidey suit, or not?

The new Spider-Man trailer is just one of many things Sony showed off at their Paris Games Week 2017 presser. Click here to keep up with all the latest PGW coverage.

What do you think? Is this the Spider-Man game you’ve been waiting for? It really seems like Insomniac is catering to long-time fans with characters like Mary Jane and Miles Morales.

Spider-Man swings onto PS4 sometime in 2018.