An Xbox Games Store listing for EA's upcoming Need for Speed reboot has revealed a potential release date for the game, being listed for a November 3rd launch. The page was removed shortly after but you can view a screengrab below: 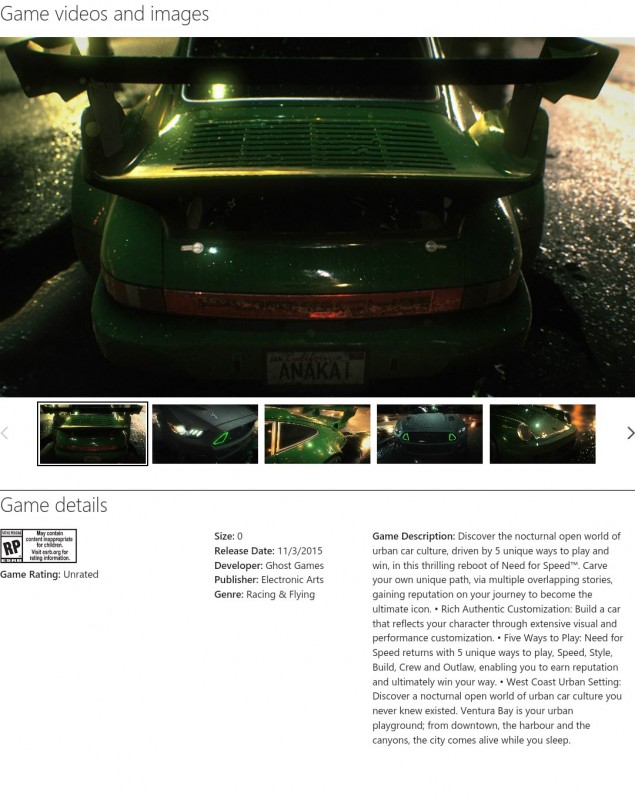 Need for Speed's story will enable you to "carve your own unique path, via multiple overlapping stories, gaining reputation on your journey to become the ultimate icon". Need for Speed will take place in a "nocturnal open world of urban car culture", in the fictional West Coast setting of Ventura Bay. Areas will include a downtown section, a harbour and canyons. 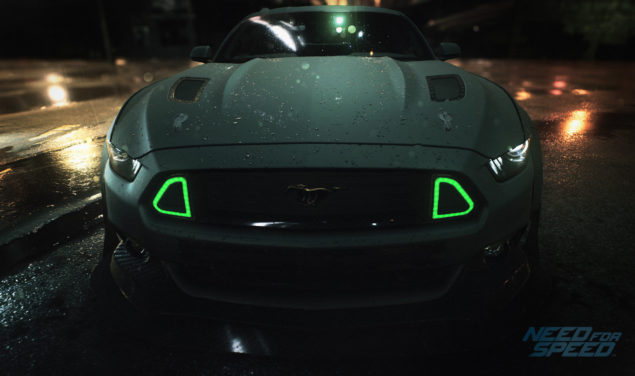 The recent reveal of the new Need for Speed coming to Xbox One, PS4 and PC this fall, generated a few questions among fans. The developers share some information on the new title via Twitter.

The title will be simply called "Need for Speed". The developers clarify that the latest iteration is not Underground 3, but it does share many of the features and aspects that made the Underground titles great. On June 15 more information on Need for Speed will be unveiled during EA's press conference.