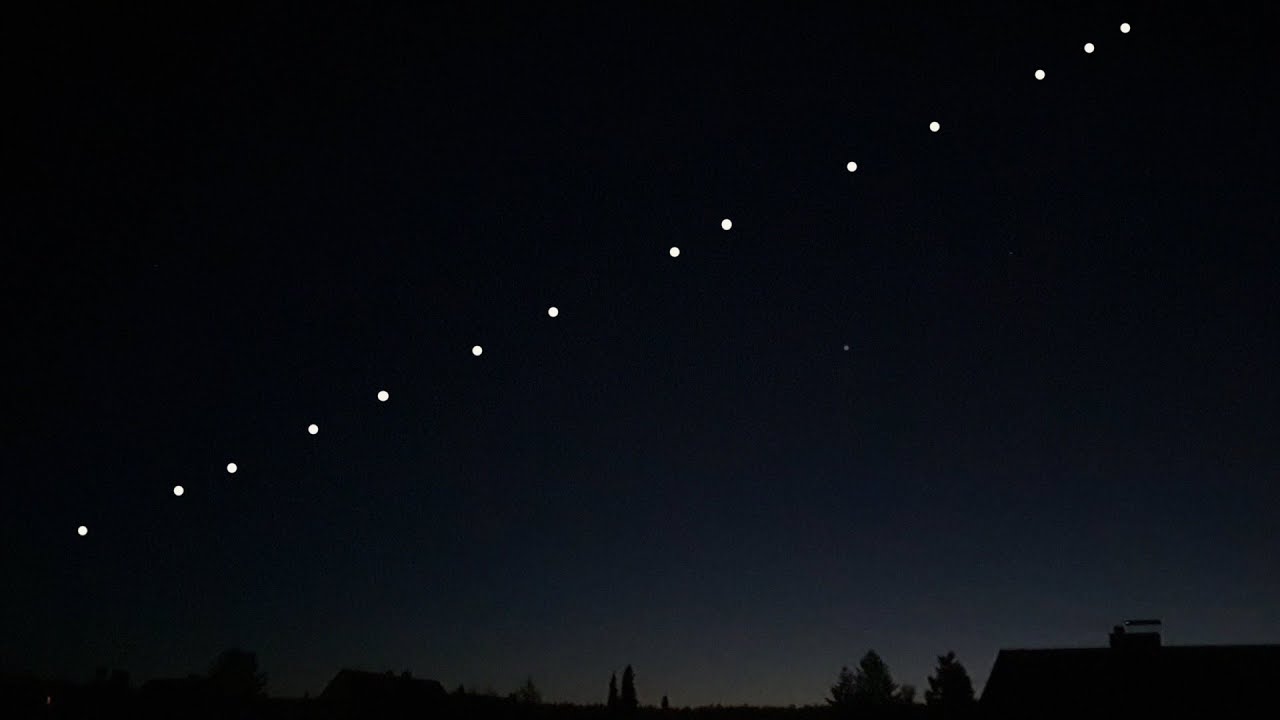 A line of Starlink satellites making their way over Europe in April 2020. Image: EarthSky

With beta testing for SpaceX's Starlink internet constellation already underway and more invitation expected to go out sooner, it's looking as if the operational safety of satellites is also improving. As opposed to most satellite-based internet constellations out there, Starlink (and Amazon's upcoming Kuiper constellation) uses low Earth orbit (LEO) for its orbital operations and flies much closer to the surface as a result.

The first orbital shell (or altitude in layman terms) for the satellites will reach out 550 kilometers above the Earth's surface, and consist of 22 satellites in each of the 72 planes. This will be the lowest operating altitude for the satellites, as other planes are situated higher in altitude. NAturally, such low altitude brings with it concerns about orbital debris and the risk of multiple satellites failing at the same time.

At this front, Jonathan McDowell, a physicist at Harvard University is out with fresh estimates on Twitter for Starlink failure rates. McDowell's. earlier estimates had created quite a bit of stir in the press and now the researcher believes that SpaceX might have improved Starlink's failure rate.

McDowell's data reveals that out of the 413 satellites that SpaceX has launched in its latest seven Starlink launches, only one satellite has failed so far. This reduces the failure rate considerably when compared to the previous batch of 420 satellites that the company launched between November 2019 and June 2020. 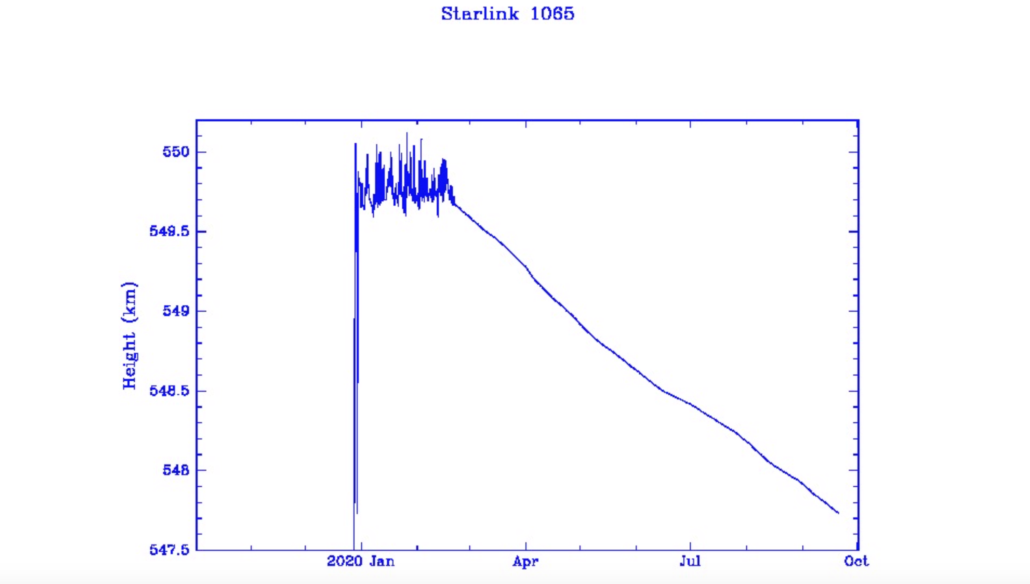 A graph showing the approximate time it takes for a Starlink satellite to de-orbit from an altitude of 550 kilometers - SpaceX's lowest orbital shell. for the spacecraft. For this particular spacecraft (Starlink 1065) SpaceX has admitted that it failed and the zig-zag altitude line shows orbital maneuvering prior to decay. There is no evidence to suggest that 1065 has re-entered the Earth's atmosphere. Image: Jonathan McDowell

However, these statistics do come with a caveat. As McDowell cautions, a big chunk of the latest batch of 413 satellites are still either undergoing orbital insertion or have been in orbit for a relatively shorter time period. The former includes SpaceX's freshly launched 180 satellites in October, and naturally, a more accurate failure rate for the recent batch will be unavailable until all of them have reached orbit and spent some time there.

Still, the figures do give a rough idea of what to expect from Starlink in the future.  This is due to the fact that not all failed satellites do so after they've reached orbit. In fact, some display anomalous behavior after they're launched and before a full orbital raise.

SpaceX is manufacturing 120 satellites each month according to details that the company revealed to the FCC in August. As is the case with high-rate mass production, quality control becomes trickier as the rate of production goes up, but with a system such as Starlink, early-stage satellite failures should play out to SpaceX's advantage should the company capitalize on them. Such failures will allow the company to fine-tune its production process as it lays the groundwork for a constellation that is expected to consist of thousands of such spacecraft.

As it rolls out the internet network's beta service, SpaceX has an application for modification accepted for public notice with the FCC that asks for a significant reduction in the satellites' orbital altitude. This modification will play a critical role in the company's promise of super low latency for the network and it will also ensure that failed satellites deorbit faster.

However, the request has also received widespread criticism from the industry, with claims that the lower altitude will cause interference with terrestrial 5G services. These claims build upon industry demands that SpaceX's access to the 12GHz spectrum be limited as well; claims that that the Hawthorne-based astronautic launch service provider and now a telecommunications operator has rebutted by stating a $70 million investment in Starlink user terminal production and an under usage of the wireless spectrum.