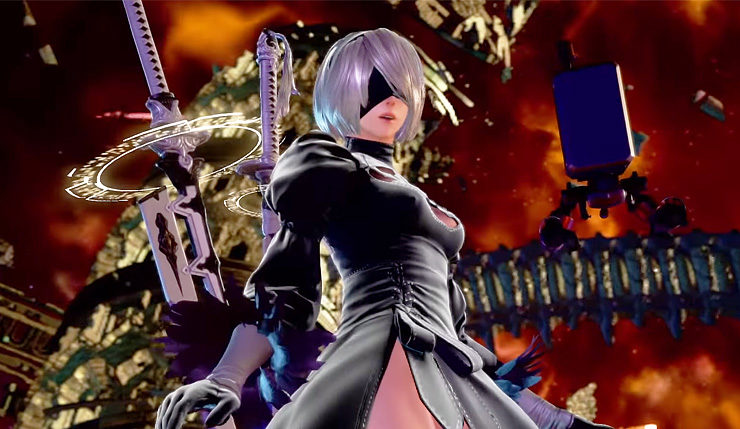 SoulCalibur VI is getting another high-profile crossover character! The game launched with The Witcher franchise’s Geralt, and now Bandai Namco has announced NieR: Automata protagonist 2B is also joining the fight! It seems 2B’s appearance may be somehow tied Ivy, who features heavily in the 2B reveal trailer. You can check it out, below.

2B looks to be a fairly standard SoulCalibur, dealing out quick combos with her dual swords. Here’s a brief rundown on 2B, courtesy of Bandai Namco:

We’re excited to announce that NieR: Automata’s 2B will be joining the battle of souls and swords in SoulCalibur VI. 2B wields two swords, Virtuous Contract and Virtuous Treaty. Both have been carefully tuned for maximum efficiency in the hands of a YoRHa android. Her fighting technique is specially designed for combat against machine lifeforms, employing acrobatic leaps and mid-air slashes, lightning-fast evasions and perfectly coordinated strikes.

2B comes with a package of extras, including her own stage, background music, a rather skimpy alternate costume, and more. Here’s a look at all the stuff (click on image for full resolution). 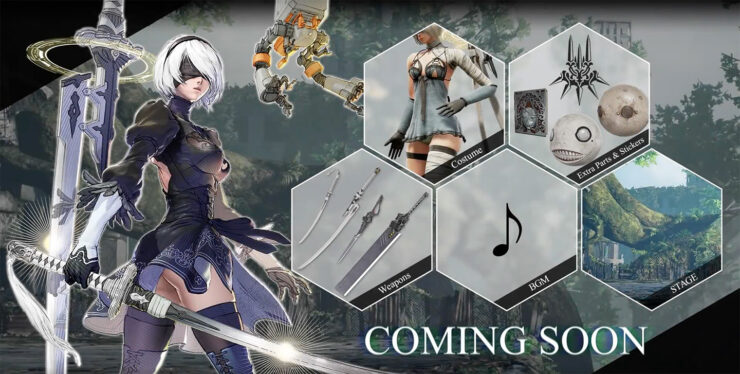 Soulcalibur VI is one of the most approachable fighters I've played in years while offering plenty of depth for players who wish to attain true skill. It's hard not to recommend, especially when there's so much for all kinds of players to enjoy. […] The future right now seems incredibly bright for Soulcalibur VI. It just needs the community to rally around it in the same way they have done for games like Dragon Ball FighterZ and hopefully, it can make a splash in the competitive scene too, to give Bandai Namco a third fantastic fighter to take on tour.

SoulCalibur VI is available now on PC, Xbox One, and PS4. A release date hasn’t been set for 2B yet, but Bandai Namco says she’s “coming soon.”