Most fighting games feel alien to new players almost instantly. Just moving around in a game like Tekken, tapping down or up once for a side step, holding a bit longer for a walk, double tapping for a jump, dashing… It can feel complicated and alien to anyone outside of the established Fighting Game Community, and it can be a struggle to settle into. With its 8-way run system founded years ago, the weapon based brawler Soulcalibur has managed to be one of the most popular and approachable fighting game series there is.

Playing just feels immediate and easily understandable. Dashing in and out is performed with simple double taps while moving around the stage and distancing yourself from your opponent is as simple as moving while not blocking. Most fighting games force players to hold back to perform a block, whereas Soulcalibur, with its more free movement system, offers a block button instead.

The basic combat hasn't changed, but the way it feels has evolved. Soulcalibur VI is a three button fighter, if you exclude block, with vertical and horizontal attacks, in addition to kicks. It's the combat system the game has had for years, and is as elegant here as it has ever been, perfectly complementing the movement system. If an enemy is trying to sidestep your hits, horizontal attacks will get them, and your vertical attacks are more likely to hit on the floor or at a distance.

The base mechanics all work well with the new mechanics, namely, the Reversal Edge and Lethal Hit mechanics. The characters have a Reversal Edge move, which triggers a slow-motion exchange, where you can take a bit more time to select the move you think will work best. In addition to attacks though, you can choose to sidestep or block, allowing you to stay safe or risk a counter hit.

The Lethal Hit is essentially a super-powered counter hit, where the enemy will be knocked high into the air, allowing for a juggle combo or something you can customise to your liking. Anyone familiar with Tekken 7 will see where some of the inspirations for mechanics and movement have come from, and they all work together to make SoulCalibur VI one of the most exciting fighting games this year.

But that's just how the game plays, the question is, how does it fare for content. Being content light has ruined some fighters in their early days, so it'd be wise for Soulcalibur VI to have a lot to do, right? Well, it delivers. On top of the expected Arcade and Online modes, there's a decent character story - primarily focusing on Kilik, but with shorter stories for other characters - and a Mission mode which allows you to create your own character and use them to travel the world, beating other characters.

The Story mode isn't the most detailed, but it does at least have voice acted cutscenes - though it mostly uses static backgrounds and character portraits, so struggles to be too engaging. But hey, at least it's there, and there are some, rare, cutscenes. The Mission mode is much more interesting though, spanning hours upon hours if you want it to, with dozens upon dozens of weapons to collect and use, in addition to long dialogues between characters you encounter on the journey. Honestly, I'm not sure if it's worth playing for the story but there's definitely a nice, chunky bit of single player content to enjoy by yourself.

So, what's missing from Soulcalibur VI? Um, well, not a lot. Actually, it's all pretty wonderful. The moment to moment action is just so satisfying to play, and even online play feels incredibly smooth thus far - though it stands to be seen how servers will fare come launch day. But even if servers go south, the single player content is enough to keep players invested for hours so they can hone their skills.

Soulcalibur VI at first felt alien to me compared to the fighters I'm used to playing, after not properly involving myself with the series at all for years. But after some time, it was just incredibly satisfying throughout. The combat is simple but allows for so much depth, which will be discovered by the community as players master the characters, combos, and new mechanics.

The future right now seems incredibly bright for Soulcalibur VI. It just needs the community to rally around it in the same way they have done for games like Dragon Ball FighterZ and hopefully, it can make a splash in the competitive scene too, to give Bandai Namco a third fantastic fighter to take on tour. 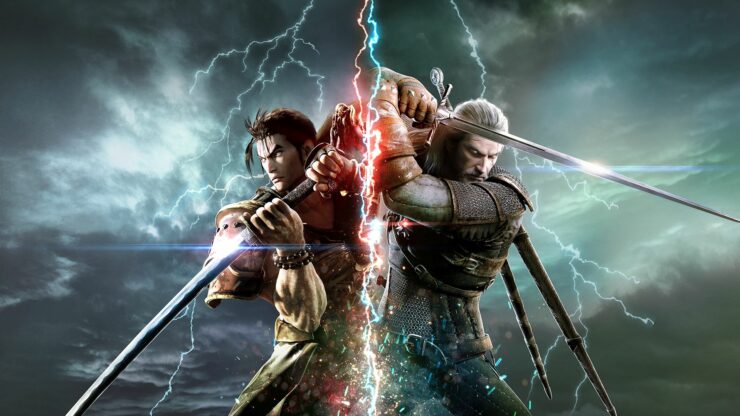