With even LG having sent out invites for its next launch event, which by all reasonable expectations should feature the LG G4, we're still in the dark about Sony's plans for the Xperia Z4. After some specifications rumors that pin the Snapdragon 810, alongside a 20.7 rear camera and a design similar in quite a lot of aspects to the current Xperia Z3. But we've also been hearing reports that Sony's chosen to abandon its current schedule of flagship launches and that the Xperia Z4 will be coming in the second half of 2015. Needless to say however, any leaks about the device are welcome as always, and that's just what we have in store for you today. 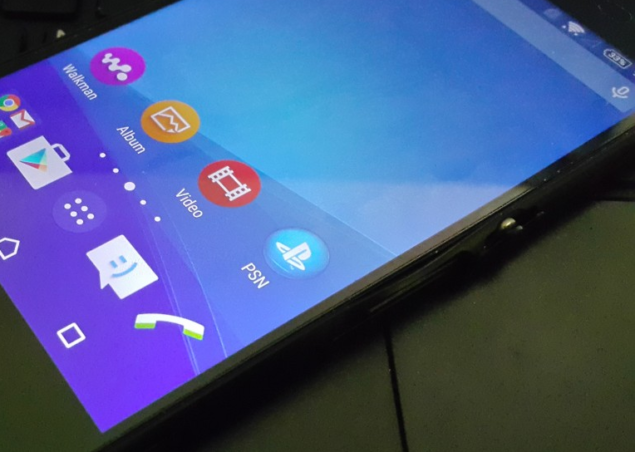 Sony's Xperia Z4 has graced us with some more high quality images today, and this time we get to see what appears to be a device in working condition. It appears to have retained several design aspects of the Xperia Z3 if you'll take a look at the image above. What interest us more however is what appears to be the About Device menu on the Sony Xperia Z4, highlighting several of the device's specifications. 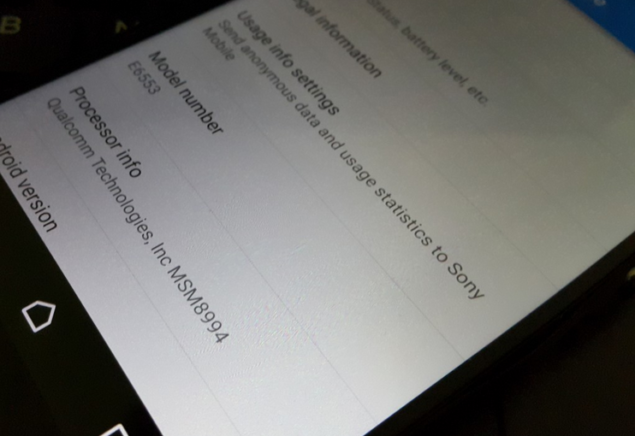 Two important bits of information that can be gleaned from the image above are the processor for the device leaked and its model number. The model number, E6553 is the same as a device that has already appeared in benchmarks previously and the processor, Qualcomm's MSM8994 is indeed the Snapdragon 810. Judging by this, looks like Sony's chosen to stick with Qualcomm despite all the overheating issues that the Snapdragon 810 has reportedly been facing. And given the Xperia Z4's dubious launch date, its very likely that Qualcomm will also have solved these issues. Several sources point the chipmaker to have a solution by the second half of this year, and Sony could very well be launching the Xperia Z4 with an improved Snapdragon 810. 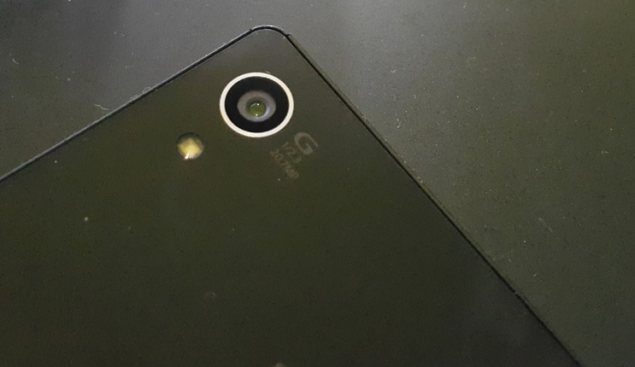 Another detail that this latest set of images manages to provide us with is the camera resolution for the Xperia Z4. Sony's indeed going to be equipping its latest flagship with a 20.7 MP rear camera, ensuring that the Xperia Z4 isn't behind any device when it comes to photography. That's all that we have for you today for the Sony Xperia Z4. Stay tuned and let us know what you think in the comments section.