While Apple is the electronics maker usually associated with rumors, this time around they are about their (soon to be) arch nemesis in the handheld gaming industry. The Japanese business journal Nikkie is reporting that Sony may start working on a new gaming phone as early as next month. If the reports turn out to be true, this would be the first ever confirmation of the long standing vaporware - the PlayStation Phone. 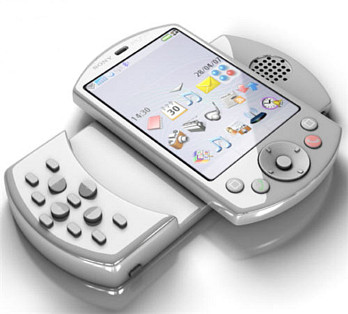 There was a time when only Nintendo reigned supreme in the handheld gaming market with the nearest competitors being the cellphones or Sony's PlayStation Portable. Those were some good days for Nintendo, and not a lot has changed since then. The Nintendo DS (with all its incarnations) is still the most popular handheld gaming device, with the PSP struggling to catch up.

Nintendo and Sony however were introduced to a new threat a few months earlier when Apple's popular iPhone and iPod Touch started attracting major game publishers as a viable platform for handheld gaming. The iPhone offered the features of a cellphone along with a good platform for gaming and its star attraction - the App Store, which undoubtedly no major publisher could resist. While the original iPhone and the iPhone 3G weren't really powerful enough to pose a serious threat to the handheld giants, iPhone 3G S has proved otherwise with its improved hardware.

All that seems to be a very solid reason for Sony Corporation to combine two of its popular (if not the best) products and try to capture some market share. If the Sony Ericsson and PlayStation brand combine, the PlayStation Phone could give Apple a run for their money.