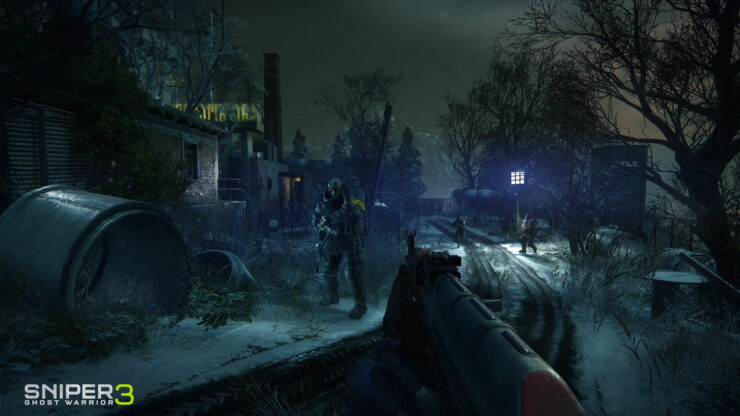 CI Games releases a brand new gameplay walkthrough where Sniper: Ghost Warrior 3 takes you on a rescue mission in a slaughterhouse.

Sniper: Ghost Warrior 3 puts you in the boots of American Sniper Jon North. His current mission takes him deep into the Georgian mountains where a POW is being held inside a not-so-abandoned slaughterhouse that's being used as a body disposal facility by Georgian separatists.

The walkthrough video shows good use of the drone used for recon. I did enjoy seeing the usefulness of a throwing knife in stealth scenarios. Distractions and stealth are your best friends while infiltrating, which is why they used a loadout of firearms with silencers and a couple of trusty blades.

Expect not to have back up and most importantly, remember to plan an exit strategy. After you complete your objective you need to be able to safely exfiltrate the battlefield. They mentioned in the video that you can use explosives as a distraction in order to get you a window to escape. You can also procure vehicles to help traverse the massive maps.

We've previously seen some screenshots that showed off the lush greenery Sniper: Ghost Warrior 3 you will be sneaking through that will provide plenty of cover for an experienced sniper. The gorgeous shots really showcase just what the CryEngine can do.

Sniper: Ghost Warrior 3 is an open-world stealth first-person shooter that has dynamic weather and day/night cycle. It's filled with objectives and other neat little distractions. One of these distractions is taking out most wanted targets which you can see in the walkthrough. After introducing the target to his knife, the player moved to secure the prisoner.

Sniper: Ghost Warrior 3 will launch on PC, PlayStation 4, and Xbox One on April 4th, 2017. You can check out our recent developer interview to find info on the game world size, longevity and much more.