CI Games, the Studio behind most critically acclaimed current-gen action role-playing game known as Lords of the Fallen, is currently working to bring its tactical shooter video game series back to life with latest installment in the franchise known as Sniper: Ghost Warrior 3. There isn’t much in-game visual content available for the upcoming game right now, however, following the private reveal and live gameplay demonstration at E3 2015, the developer has released a bunch of screenshots showing how stunning the latest CryEngine-powered game looks like. 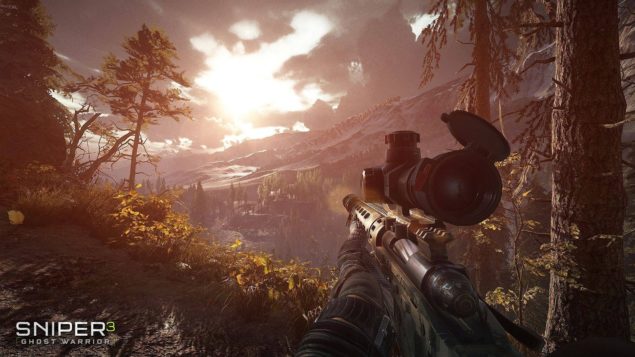 Last year in December, Polish video game developer CI Games announced Sniper: Ghost Warrior 3, the next main installment in one of its most popular game franchises, for PC, PlayStation 4 and Xbox One. The developer explained that its second major next-gen exclusive game is being built "from the ground up,” and is expected to release in the first half of 2016. The game's mechanics, story, depth, and customization options were showcased to a selected audience behind closed doors at Electronic Entertainment Expo last month, and the hands-on previews that followed suggest it is more than just your typical tactical shooter.

Sniper: Ghost Warrior 3 is set in a modern day conflict based in Eastern Europe, according to CI Games. Players will step into the shoes of a virulent sniper entangled between three warring factions, with an ability to dispatch targets up close or from a far off with canny shots in dynamic and challenging missions. Apace with immersive action-packed sandbox-style gameplay experience, the game offers realistic and adaptable environments that players can use to their advantage. The upcoming shooter will provide compelling challenges to both tactical-minded gamers and first-person shooter players.

There is still plenty of time left before Sniper: Ghost Warrior 3 hits the local market next year, but the latest screenshots that the developer has been uploading to the game's official Twitter account since the behind-closed-doors gameplay demonstration at E3 2015 already show a number of different in-game locations and lush environments with stunning visuals and texture detail. You can check out these screenshots in the gallery below.