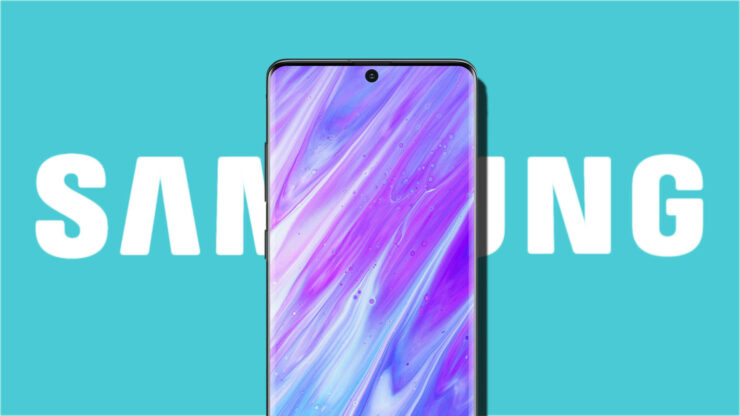 Earlier last year, Samsung stopped developing custom CPU cores for its SoCs and decided to license the tech from ARM instead. Samsung's Mongoose M5 was the last custom core design from the company. Shortly after, a rumor popped up stating that Qualcomm might not sell any Snapdragon 865 chips to Samsung. Last we heard, Samsung still might invest in making 'semi-custom' cores in partnership with AMD. Now, a purported Galaxy S20+ benchmark has appeared on Geekbench which shows the device running a Snapdragon 865. 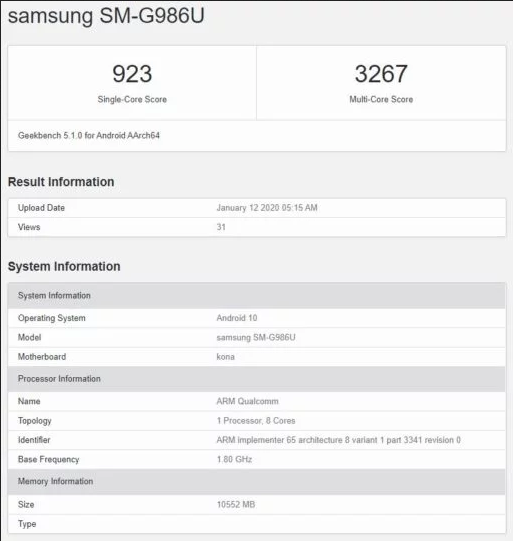 The device was running on a Qualcomm chip codenamed “Kona” which essentially confirms that it is the Snapdragon 865. As usual, only users in the US, Canada, and China will be able to buy a Snapdragon-powered Galaxy S20. This particular variant of the Galaxy S20 seems to be running 12GB of RAM, which is very likely going to be standard with all models. It also confirms that the device will run Android 10 out of the box, powered by One UI 2.1 and not One UI 2.0. Perhaps Samsung has some exclusive features in store for us, and that's why it bumped the build version up a notch.

A similar benchmark showcasing the performance of an equally-powered Exynos chip also showed up not too long ago. Its performance is less than impressive, but it's best that we take it with a grain of salt as it was probably run on a pre-production variant of the Galaxy S20 that ran unoptimized software. It shouldn't be long before we see the actual score, considering that we're only a month or so away from launch. Even after a device is available commercially, it often takes a month or two worth of software upgrades to get a phone to work at its maximum potential.

The performance difference between Exynos and Snapdragon chips have always been a matter of concern for users. It would be ideal if Samsung let users choose between an Exynos/Qualcomm variants of a flagship, but we know that it's never going to happen. The Galaxy S20 series has been hyped up like no other flagship, and expectations out of it are sky-high.