Snapdragon 850 Benchmarks Show It Is Nowhere Close to A12 Bionic’s Performance, Despite Powering Windows 10 Notebooks 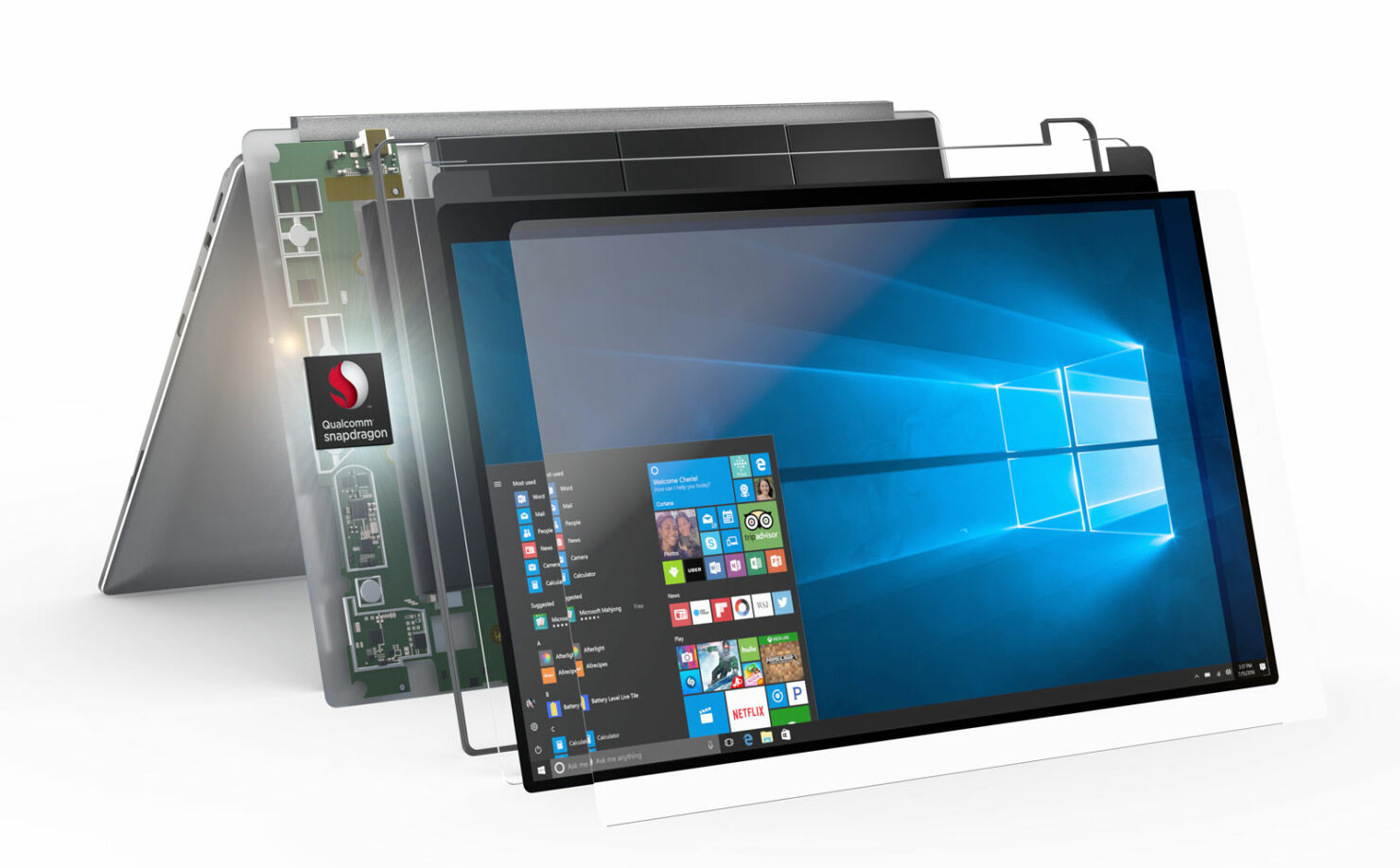 When Apple unveiled its A12 Bionic chip, the company referred to it as the fastest and most powerful chip ever on a smartphone. Even though Snapdragon 850 is tailor-made for Windows 10 notebooks, it only offers a small bump in performance when compared against the Snapdragon 835 variant for ARM-based laptops.

From the look of the latest benchmark, Apple wasn’t making tall claims. In fact, the A12 chip is said to be about as fast as the best desktop CPUs on the market. According to leaked benchmark scores of the new Snapdragon 850 for ARM Windows laptops, the chip barely obtains 50 percent of the performance achieved by the A12 Bionic.

The A12 Bionic scored 4,806 points on the single-core test and a score of 11,362 on the multi-core test on Geekbench (image given below). Comparatively, the Lenovo 81JL powered by the Snapdragon 850 got a score of 2,283 on the single-core side and obtained 6,947 points on the multi-core test results. While the result is dismal, things might change with the upcoming Snapdragon 8180, which is an upcoming eight-core, 7nm chip with a 15-watt TDP and is expected to be found in future notebooks. 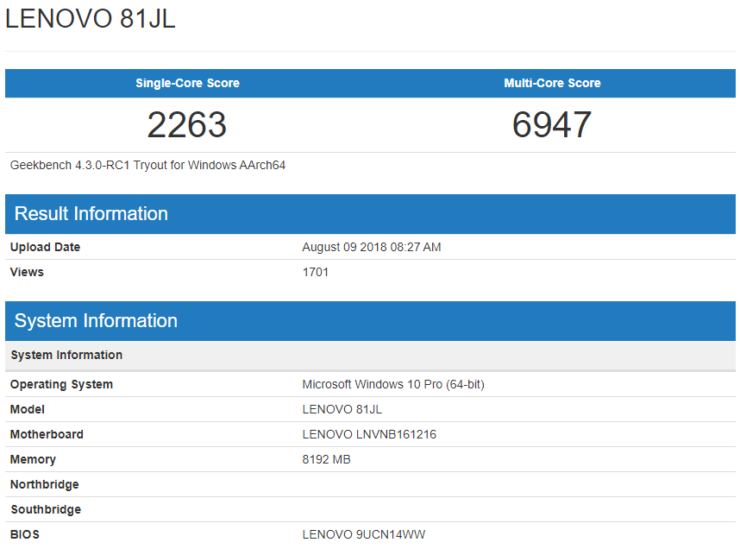 According to some leaks, the Snapdragon 8180, which is internally referred to as SDM1000, will reach a clock rate of up to 3.0GHz. Apart from having four gold cores that provide a clock rate of nearly 3.0GHz, it is also expected to have four silver cores that will run at a base frequency of 1.8GHz. The Snapdragon 8180 will presumably be based on the ARM Cortex-A55 and Cortex-A76 architectures. Thanks to 8.5 billion transistors and the new Adreno 680 GPU, the chip is expected to provide an impressive performance-per-watt ratio. It will also have the new ‘NPU-130’ for AI-related tasks.

Coming back to these scores, there is one more thing we’d like to point out. Even if an iPhone XS Max is running on LPM or Low Power Mode, it is still faster than the chipset that fuels notebooks. This can mean that Apple’s self-developed silicon that will be found in future MacBook models is going to be faster by a considerable margin. However, you should be reminded that we’re comparing the scores of a 7nm FinFET SoC against a chipset made on the 10nm node.

Hopefully, when the Snapdragon 8150 officially launches, it will be able to display a massive performance gain. We’ll revisit these benchmarks when newer SoCs are announced, so stay tuned for the latest updates.