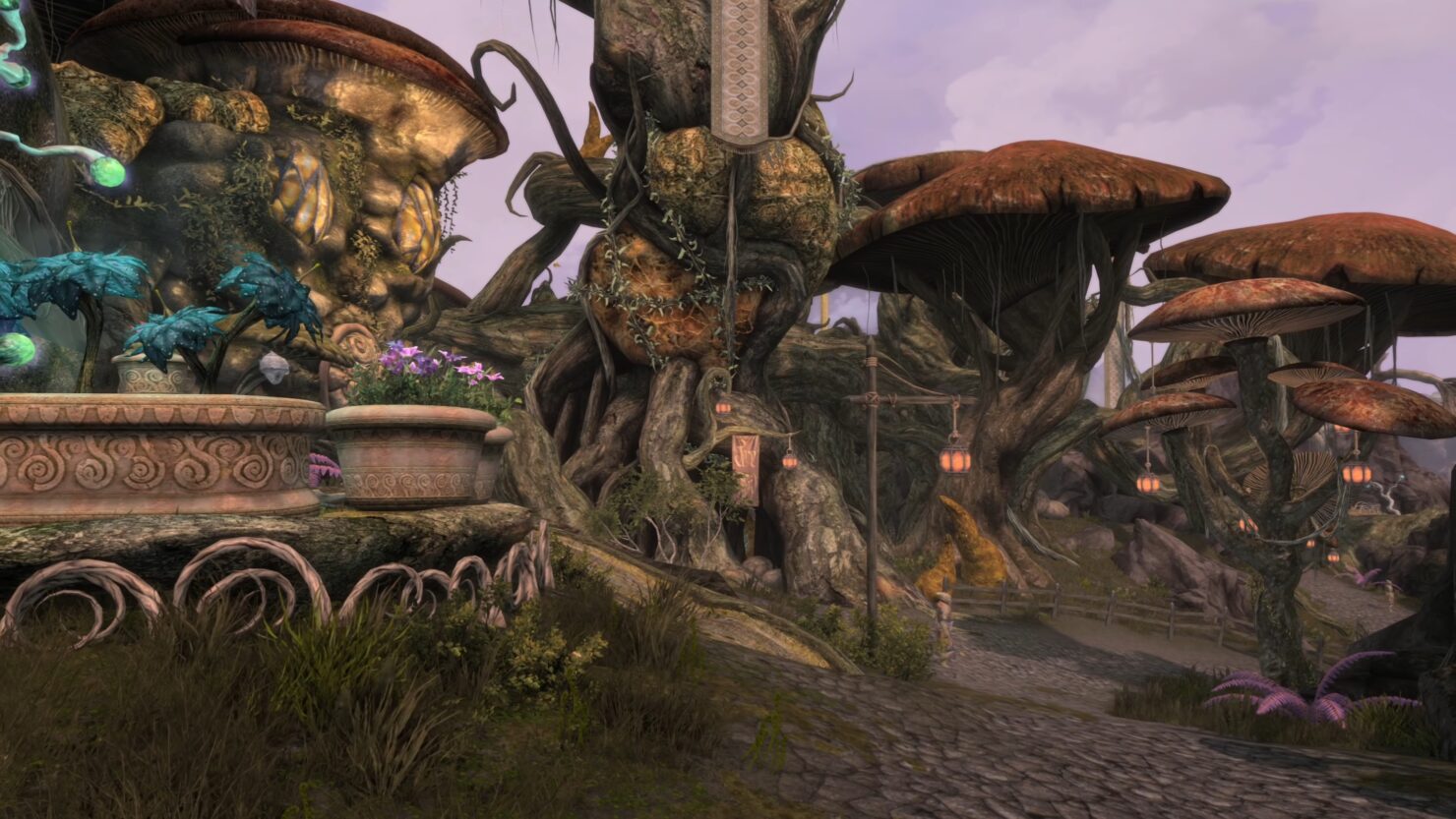 Another year, another Skywind development diary. The enormous total conversion mod that's part of the overarching TES Renewal project has shared another lengthy video update on its progress.

Almost all of the concept art is done, and the 2D team is now working on load screens, decals, texture work. Vivec City, the capital of Vvardenfell, has been recently finished, though it'll have to be filled with NPCs now. The team is looking for 3D artists that would help create Redoran settlements and Velothi strongholds.

Additionally, over a hundred dungeons have been finished over the course of last year, and the tombs are promised to be an improvement over the original Morrowind game thanks to new secrets, traps, encounters, and treasures. The next major project is Daedric Ruins.

There will be multiple approaches to how a quest can be completed, such as dialogue choices, player skills, and intuition. Skywind will also feature brand new content such as random encounters and world interactions. Compared to Skyrim, there will be many more gameplay styles thanks to new skill trees and mechanics like spell crafting.

On the sound design front, combat sounds are currently being worked on to make fighting more visceral. Each weapon type will feature its own swing and impact sounds, and higher ranks of spells will sound more powerful than its lesser counterparts. Over 35K voice lines have been recorded, though many more are still require actors, so auditions are still open.

With Starfield now scheduled for late 2022, it is fair to assume The Elder Scrolls VI won't be released before late 2025 at the earliest. This gives the developers behind Skywind and similar projects (such as Skyblivion) ample time to release their mods way before the next official installment in The Elder Scrolls franchise.

Meanwhile, hopefully we'll get another Skywind gameplay demo later this year, as we did in 2020 with Battle at Nchurdamz.

Skywind Total Conversion Mod Gets ‘Call of the East’ Trailer