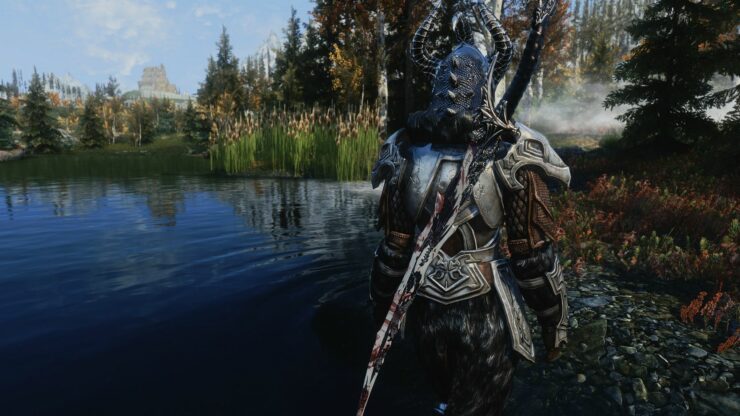 Microsoft’s listing for The Elder Scrolls V: Skyrim Special Edition was recently changed from “in development” to “coming soon”, which might imply that development on the update has been finalized. Apart from detailing the specific Xbox One X Skyrim enhancements, no exact release date for the update has been provided. 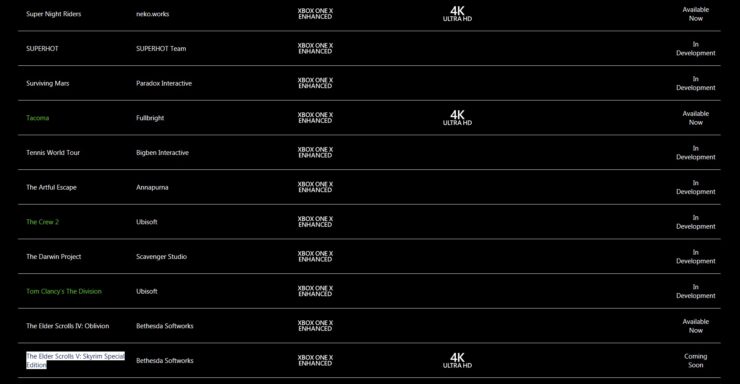 As neither Microsoft nor Bethesda has commented on the updated Xbox One X enhanced list, take the information above with a grain of salt for now.

Bethesda confirmed Xbox One X enhancements for Skyrim earlier this month. “The launch of a new gaming console can sometimes feel bittersweet”, Bethesda wrote. “There’s all of the excitement over new features and horsepower, but you’re often left with a farewell to a previous generation console and playing through some of your favorite games. That’s not the case with the upcoming release of the Xbox One X console.”

Enhancements on the XB1X include dynamic resolution and 4K resolution support.

The Elder Scrolls V: Skyrim is available now for PC, PS4, Xbox One, and the Nintendo Switch.