Bethesda’s Fallout 4 Xbox One X patch is possibly arriving soon as Microsoft has updated the game’s status on its XB1X Enhanced list. 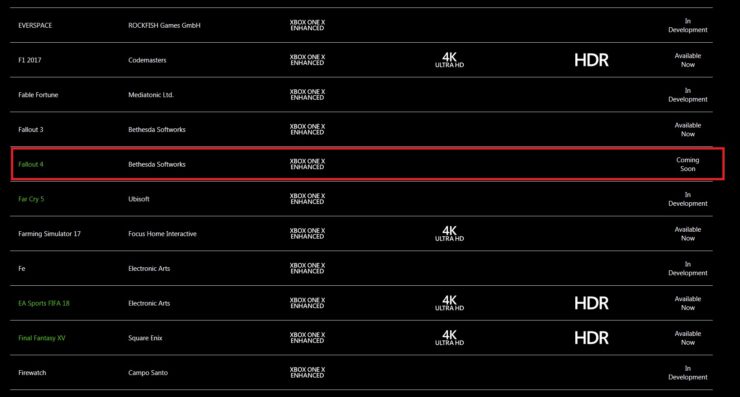 Bethesda announced Xbox One X support for Fallout 4 earlier this month. Xbox One X enhancements for Fallout 4 include 4K resolution support, enhanced God Ray effects, dynamic resolution, and increased draw distance. “The X is the most powerful Xbox console to date, continuing to build upon the incredible features – and more importantly, game library – of the Xbox One. And – like last year’s PlayStation 4 Pro (see The Elder Scrolls Online, Fallout 4, and Skyrim Special Edition) – we’re pleased to announce support for the Xbox One X across a number of our games”, Bethesda wrote.

We'll update as soon as we learn more about the arrival of Fallout 4's Xbox One X update.

Fallout 4 is available for PC, Xbox One, and PlayStation 4 right now.