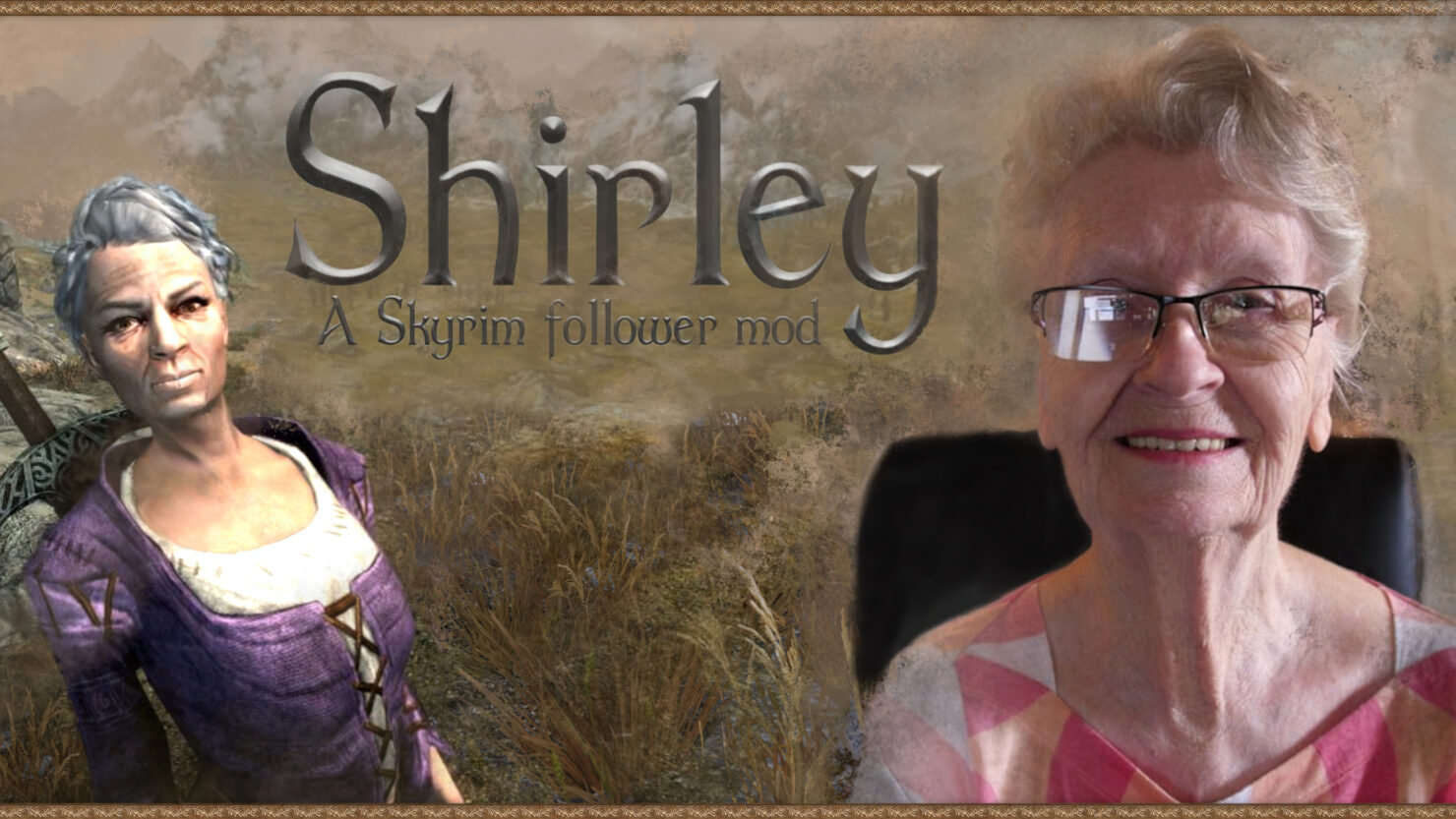 Skyrim Grandma Shirley Curry is now available as a companion in the actual game, thanks to a mod released yesterday by The Circantolius Team of modders.

Available on PC through Nexus Mods and Bethesda.net and on Xbox through Bethesda.net, the Skyrim Grandma mod includes voiceover graciously provided by Shirley Curry herself, who previously made headlines when Bethesda confirmed that she'll be a non-player character (NPC) in The Elder Scrolls VI at the community's request.

Fans of her YouTube adventures in Skyrim didn't want to wait that long, though, which is why this The Elder Scrolls V mod was developed. It's compatible with the Special Edition and Skyrim VR, and it will be backported to 'classic' Skyrim as well.

A fully fleshed out follower
Shirley is a fully voice acted follower, voiced by the real Shirley herself. She can be recruited after completing a short quest.

A fearsome warrior
Shirley is a two-handed barbarian, who favors getting up close and personal, but with her unique bow, she's also a devastating archer.

An engaging storyteller
Shirley has a few stories to tell you about certain characters, inspired by some of the many series Shirley has released on YouTube.

An awareness of the world around her
She has a few opinions, comments and observations about certain locations around Skyrim. The amount of comments is somewhat limited at the moment, but we plan to expand on them in the future.

A peaceful home in the mountains
She lives in a cozy little cottage called Brightwood, in the mountains east of Drelas' Cottage, north-west of Whiterun (see the pictures above for directions - it'll be marked on your map). She will be there when she's not adventuring with you. This cottage also doubles as a player home, as it has almost every crafting station and ample safe storage. There are a few Easter eggs scattered throughout the house that long-time Shirley fans may recognize. Keep an eye out!

A collection of Unique Items
Shirley, being the well-traveled and seasoned adventurer that she is, has several unique items she has collected over the years that you'll find spread about her house. In addition to 3 completely new custom-made weapons, we've also included a playable version of Shirley's dress (it'll appear as a tunic for males). You'll also be able to craft replicas of Shirley's unique greatsword and bow after you complete her short introduction quest!

More to come
We have even more features planned for future releases! Stay tuned!