Apple's iOS 9 came with several upgrades on board. Cupertino finally seems to have caved in to several user demands, as iOS 9 because Apple's first iOS to support iPad split screen multitasking support. Siri also got an all new, upgraded look, with Apple's virtual assistant not only seeing its interface improved significantly, but also an upgraded search feature. So in case you haven't installed Apple's iOS 9 public beta on your device, here's everything that's changed with Siri this time around. 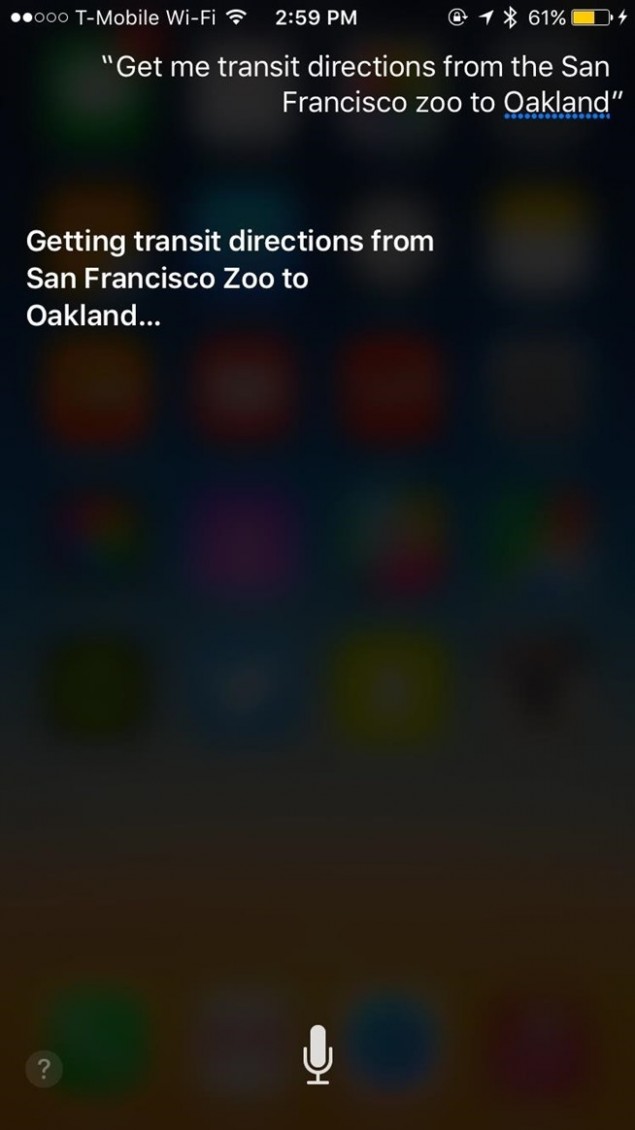 With Siri on iOS 9, your public transit days are to become a lot easier. Apple's upgraded transit feature on maps has been combined with Siri, so if you're using iOS 9 and looking for subway, bus or train routes and stations, you won't have to face much of a hassle. All you need to do is ask Siri for directions and voila! Apple's virtual assistant will provide you with a complete route on maps. Lets just hope Apple's worked a lot harder on its Maps this time around as well. 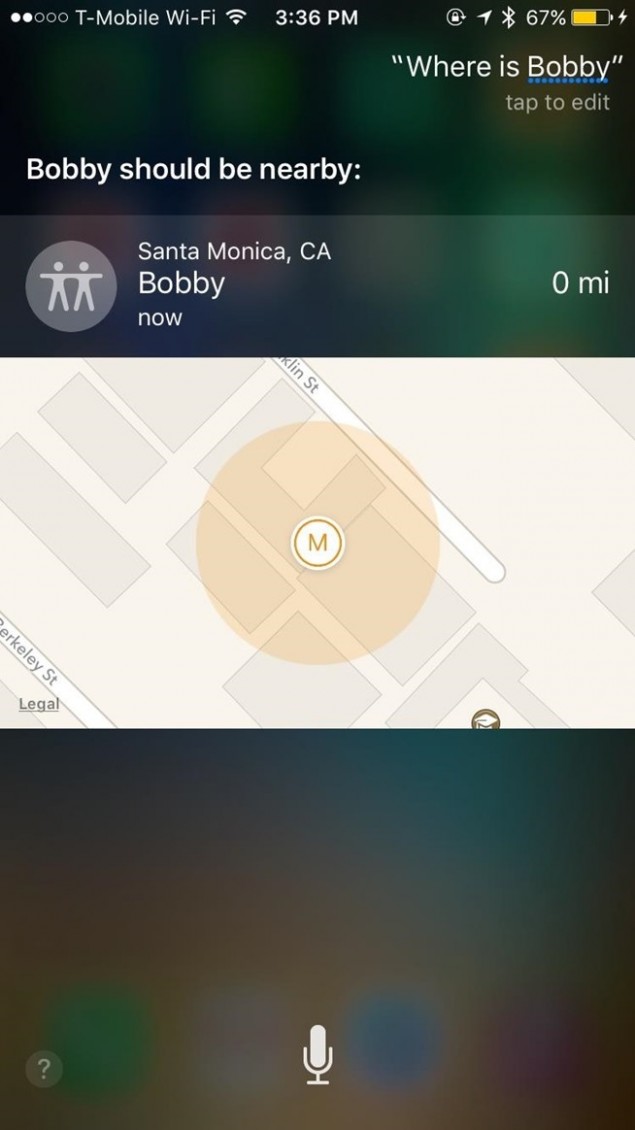 Ever wondered where your spouse, close friends or anyone in your contacts list is at a particular time? Well, if you like to keep tabs on your loved ones, or just need to know someone's location, Siri's got your back in iOS 9. An all new Find Friends app, which is integrated with Siri will take care of this for you. All you need to do is ask Siri (politely?) where a particular contact is, as shown in the image above. 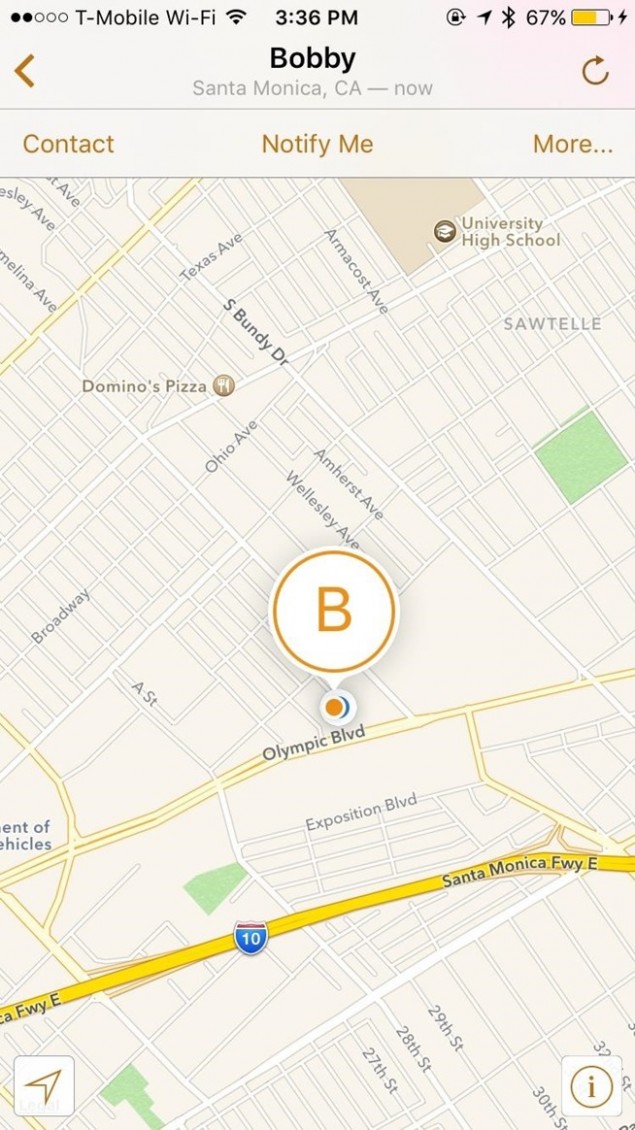 Finding your friends is going to become a whole lot easier in iOS 9. And that's not where the buck stops. In iOS 9's upgraded Siri, you'll also be able to set notifications when the contact you're tracking reaches a certain location. So, for example, if you wanted to know when 'Bob' in the image above reached Dominos? Siri'll send you a notifications should you desire. 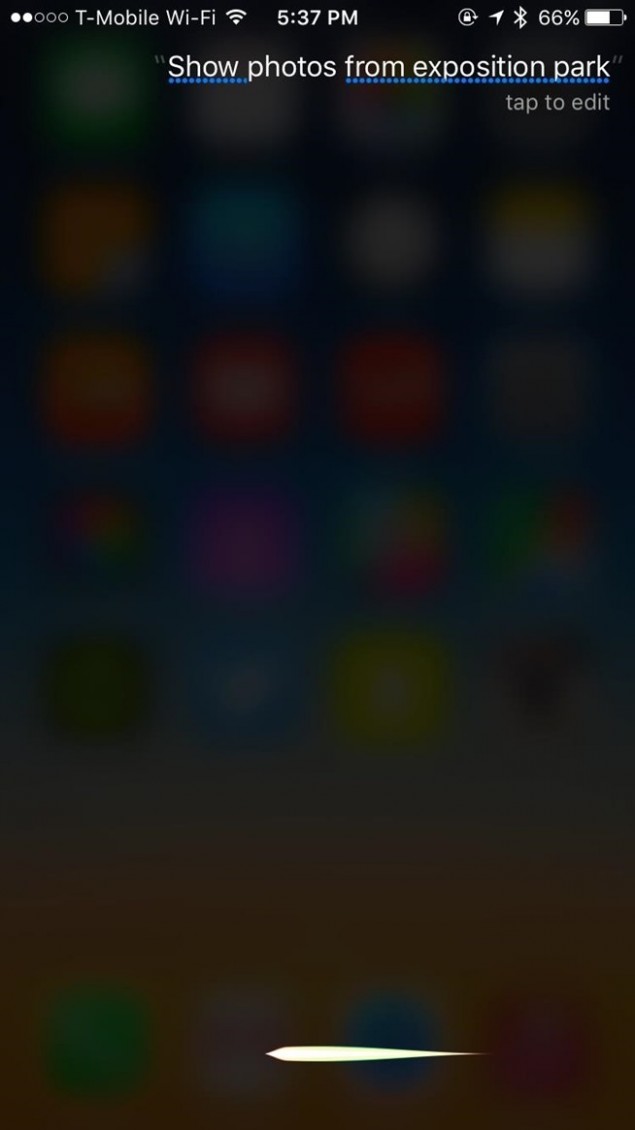 With the increase in smartphone camera advancements, and Apple's general expertise at squeezing the maximum out of its camera sensors on the iPhone, photo libraries on iOS devices have started to become ever expansive. While giving users more freedom to capture high quality moments whenever they seem fit, it also brings the unfortunate drawback of large libraries where you have to devote some time should you need to bring a particular image, or a particular set of images out. Well, Siri on iOS 9 will now aid you in that as well. 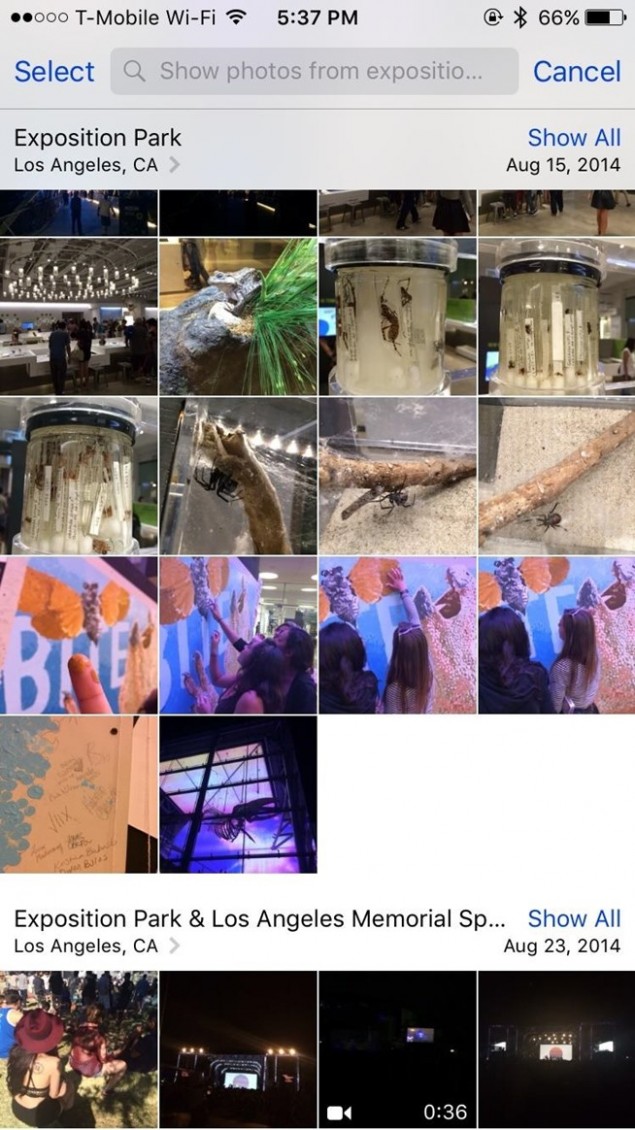 So all you're going to need to do now is ask Siri to display photos from a particular location and all your snapshots will be displayed. It'll make managing and accessing photo libraries on your iPhone quite a lesser of a chore. Lets just hope storage specifications for devices increase at an equally similar pace so that there's no limit on the amount of photographs that we can take. 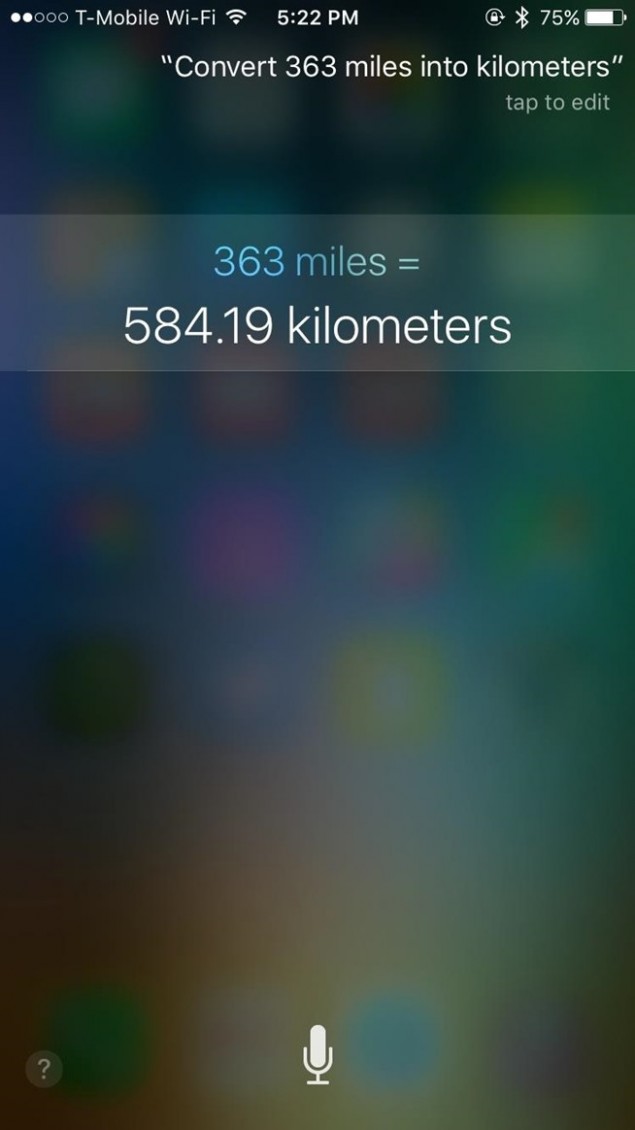 Here's one of our favorite features on an all new upgraded Siri for iOS 9. Gone are the days when you manually need to open up convertors and more to change digits from one unit of measurement to another. With Siri on iOS 9, conversion becomes a whole lot easier and she'll perform all the calculations herself, making things a lot faster as well. So if you find yourself converting currency, units or even looking for easy ways to past a simple math quiz, Siri will be at your service like never before. 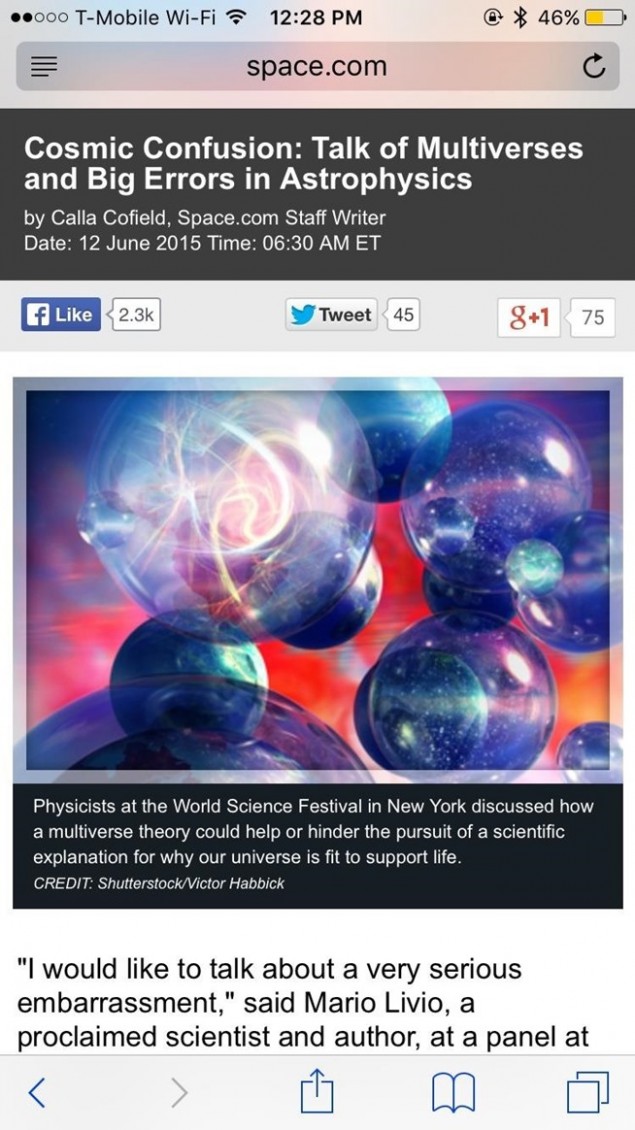 In the smartphone era, our mobile devices have become much more than simply devices to communicate with others. Courtesy of a plethora of native and outsider apps, we can now use our devices to become personal managers as well and set schedules, alarms, book dates for events and a lot more. Siri in iOS 9 will add a lot to that, with the feature to set Reminders anytime, anywhere. So, imagine if you're if you're surfing on Safari and you see a post that you'd simply like to read later or tell someone about. 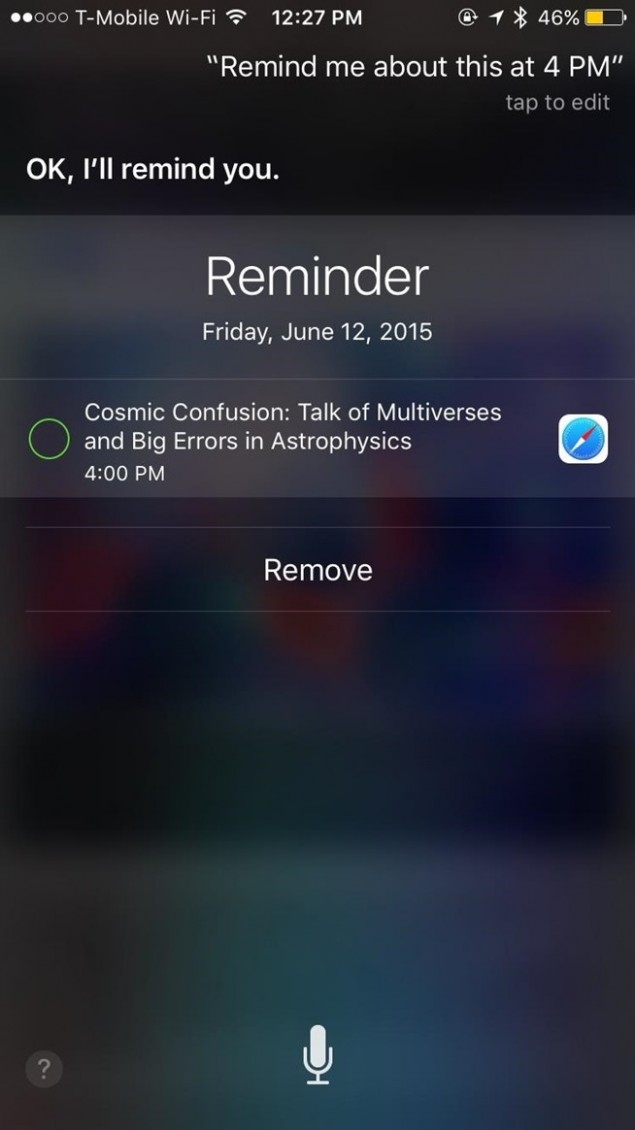 All you're going to need to do is ask Siri to remind you about a particular piece of content to review later and it'll do just that. After all, with constant internet connectivity, not everyone has the time to read everything, everywhere. With Siri on iOS 9, you'll be sure to better manage any thing you might stumble accidentally or otherwise online.

So that just about covers our brief feature on Apple virtual assistant. Like the changes? Do you think Apple should have done more? Let us know what you think in the comments section.