Want an iPhone 4S? Why? Majority of the people would say in order to enjoy the exclusive voice control feature, Siri. But is it mandatory to get an iPhone 4S for that? Well until yesterday, yes, you definitely required an iPhone 4S as Siri is not available on other iDevices but things have turned around now. The hacking community has successfully ported Siri to iPhone 4 and iPod Touch 4G with full functionality and successful connections to the Apple servers. 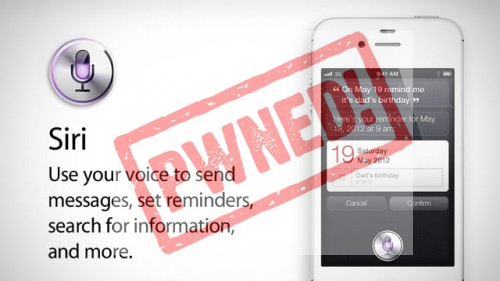 Courtesy of 9to5Mac for the fully functioning iPhone 4 vs iPhone 4S head to head Siri comparison and Siri on iPod Touch Video.

Not only that but 9to5Mac also took an exclusive interview of Steven Troughton-Smith, talking to him over the port he has been working tirelessly for days. As 9to5Mac reports:

9to5Mac: Where do you go from here with the port?

Steven: At this point it’s all about confirming this works across devices, making it reproducible (we got it working on two devices today), and documenting everything. It does require files from an iPhone 4S which aren’t ours to distribute, and it also requires a validation token from the iPhone 4S that has to be pulled live from a jailbroken iPhone 4S, and it’s about a 20-step process right now.

9to5Mac: In its current state, is the port 100% functional, is there anything you would like to see work better?

Steven: Yes, it seems to be 100% functional. I’m working on the rough edges, but everything that works on the iPhone 4S seems to work here.

9to5Mac: Do you ever see Siri showing up in Cydia (or another jailbreak store) for non natively supported devices?

Steven: No, I could not be a part of that. I have no doubts that others will package this up and distribute it quasi-illegally, or try and sell it to people. I am only interested in the technology and making it work; proving that it works and works well on the iPhone 4 and other devices.

Now that Siri has been successfully ported to other devices we are not far from getting a complete package via Cydia in order to activate the feature on our devices. But looking at the interview Steven doesn’t intend to do so and he himself is relying on someone else to wrap things up for him. Whoever that person will be, we are not far from getting Siri on our devices.

Stay tuned for further updates and availability of Siri on iPhone 4 and iPod Touch 4G.