Just yesterday the iPhone 4S came out into the wild with all the great features packed in it. Many of you will be playing around with your new gadget, specially trying out Siri; the most alluring and exclusive feature of iPhone 4S, and boasting around your friends who have not upgraded to iPhone 4S and are using previous models. Well iPhone 4 users no need to worry as the good news just broke out. You would already be enjoying iOS 5 and now Siri has been ported to the iPhone 4 as well.

Steven Troughton-Smith, the developer behind many iOS apps and tweaks today revealed that he has successfully managed to run Siri on an iPhone 4, ported from iPhone 4S. Siri was exclusive to iPhone 4S only but now things seem to be very much in favour of older iDevice owners. Currently, Siri can only run on the iPhone 4 in software GL mode with the GPU disabled, so the port is far from finished. It shouldn’t be too long before Siri is available on all iOS 5 devices. Check out the video below.

If you have not yet updated your device to iOS 5 do it by going HERE. 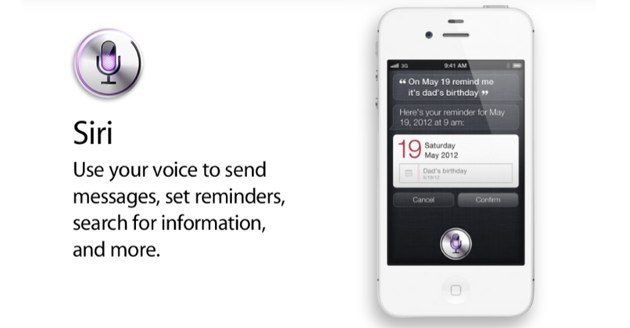 Siri is currently subject to full functionality in US only but Apple has promised further updates for international users in 2012.

I personally too think that Siri will eventually find its way on other iOS devices, especially iPhone 4, thanks to many brains out there working continuously to relish us. In the past developers have managed to bless non compatible devices with every feature and they will yet again do the same in the coming days, this time porting Siri. Keep an eye out for further news from the world of Siri.